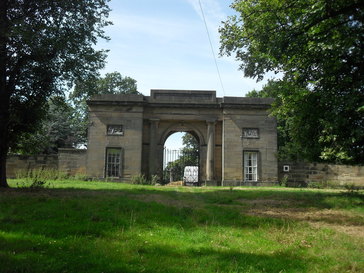 William Atkinson designed a triumphal arch with   Roman Doric columns, for Colonel and Mrs Beaumont,   as the main entrance to Bretton Park. 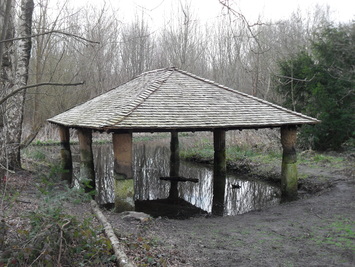 The Boathouse at Bretton Park was probably part of Thomas Wentworth's landscape. It is now separated from the Upper Lake because of silt deposit. It has recently been restored. 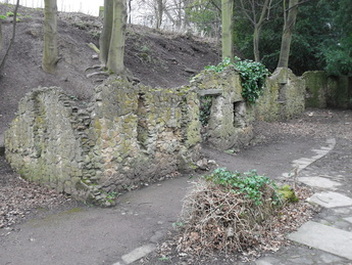 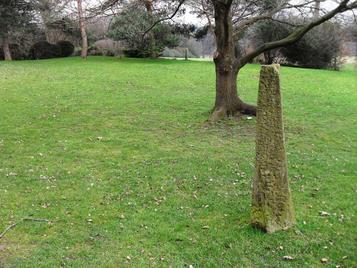 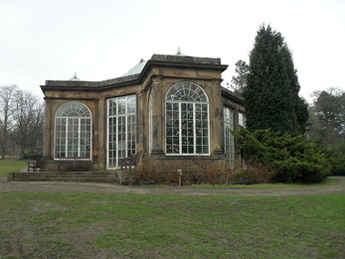 The Camellia House at Bretton Park dates from about 1812 and was designed by Jeffry Wyatt for Thomas Richard Beaumont and Diana Beaumont. 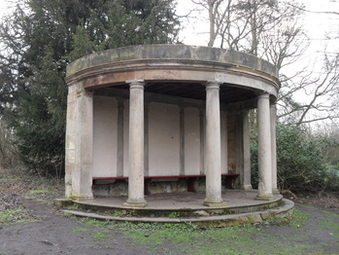 The Greek Temple at Bretton Park was probably built in the early 18th century as a summerhouse from which to view the Shell Grotto and Bath House across Upper Lake. 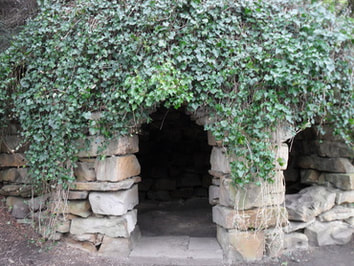 The Grotto at Bretton Park was probably based on a drawing by William Lindley. it is on the banks of Upper Lake in Bath Wood. 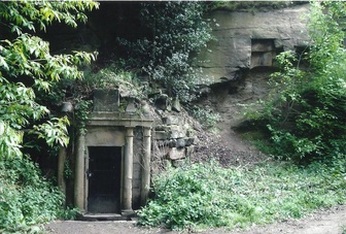 In Oxley Bank Wood, in Bretton Park, is an early bath house with an eroded inscription, which reads:

This well was built by Right Honourable Grace Countess of Eglinton .....1685....Relic of Sir Thomas Wentworth and... Earl of Eglinton

Grace married Alexander Montgomerie the 8th Earl of Eglinton after Thomas's death in 1675. 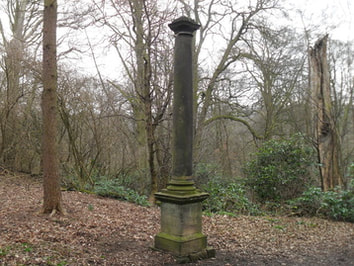 It is thought that the column, known as The Obelisk, was erected to mark the site of the old Bretton Hall, which  was demolished after Sir William Wentworth built the present Bretton Hall in about 1720. 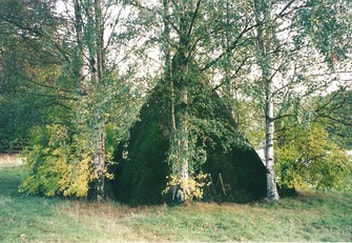 The Pyramid, near to the Lake at Bretton Park, was deigned and built in 1963 by Professor Derek Linstrum to hide pumping equipment. The concrete structure has mellowed and has a certain appeal alongside the iconic sculptures in the Yorkshire Sculpture Park.

Other pyramids can be seen at: