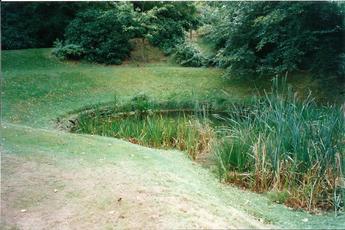 The Cockpit at Nostell Priory still retains the turf seating on the raised banks for the spectators but the pit is now a pond.

There is doubt as to whether the cockpit was ever used as cock fighting was banned in England and Wales by the Cruelty to Animals Act in 1835.

For another feature thought to be a cockpit see;
PADSTOW Cornwall, 'Prideaux Cockpit' 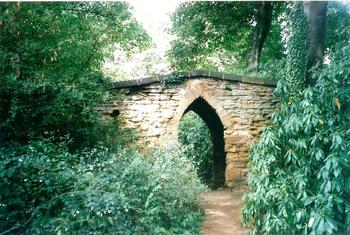 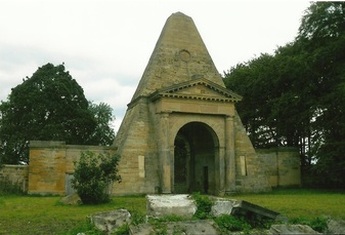 The approach to Nostell Priory from Huntwick Lodge is a Pyramidal gateway designed by Robert Adam in 1776. It was built the same year by Cosmo Wallace.

It has recently been restored. 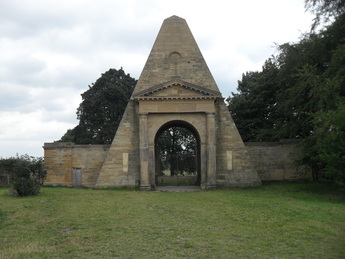 There is another Needle's Eye at BRAMPTON BIERLOW