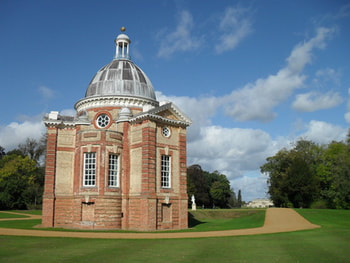 The Pavilion was designed by Thomas Archer between 1709 and 1711 as a pleasure house. It stands at the end of a formal canal called Long Water. 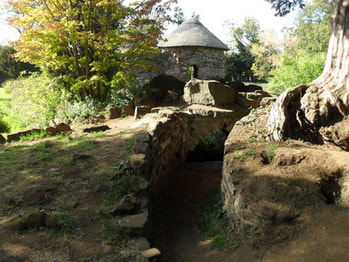 The Bath House at was designed by Edward Stevens in 1770 for Jemima Grey. Thomas Wright was Jemima's tutor and may have influenced the Picturesque ruin style, though it was possibly altered in the early 19th century. 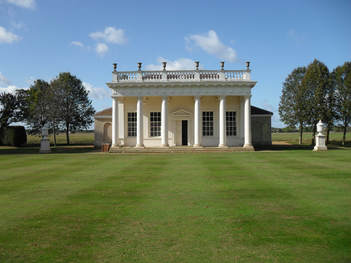 Batty Langley made alteration to the Bowling Green House in 1735 for Henry de Grey. Langley added the painted wooden Tuscan loggia as a shelter from which to view the bowling green. 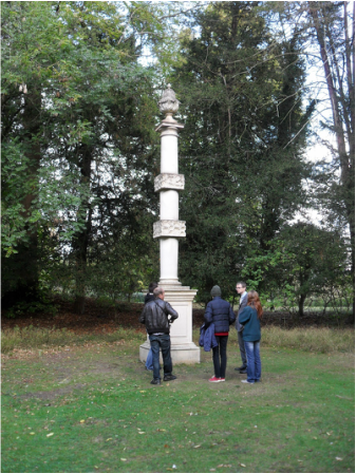 After Lancelot Brown had worked at Wrest Park in 1758-80, a column was erected to commemorate him in the bath house garden. It was moved to its present site in 1828. 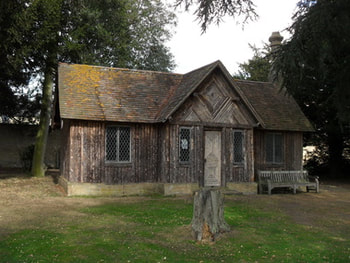 The Petit Trianon was built by Earl de Grey in 1856 for his grandchildren. 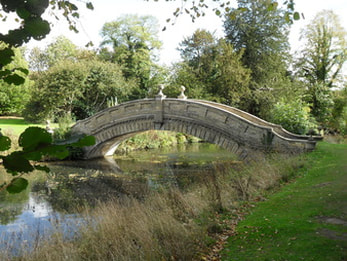 Anne Florence Cowper, the daughter of Earl de Grey, had the present stone bridge rebuilt in 1876. 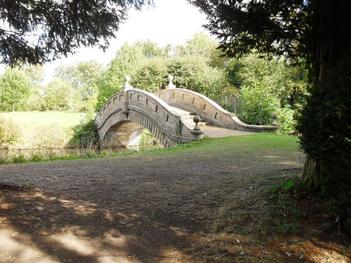 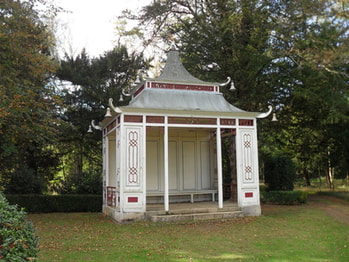 The Chinese Temple and bridge at Wrest Park were designed to create a 'willow-pattern' effect. William Chambers may have been the designer in about 1760. It was remodelled in 1876, and rebuilt in the 1940s.

There is a Chinese House at
​STOWE Buckinghamshire 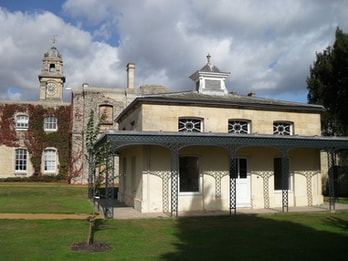 The Dairy was built in the 1830s at the same time as the house. 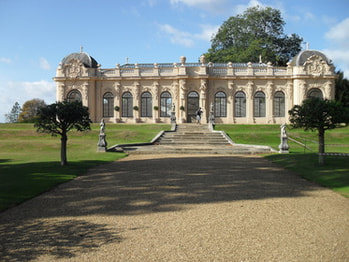 The Orangery was built in the French-style in about 1835, to the design of Thomas Philip, when Batty Langley's Green House of 1736 was removed during landscaping. 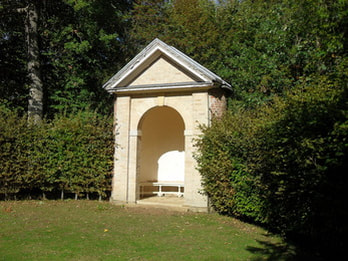 West Half House is a garden seat and was made for Henry Grey in about 1726. 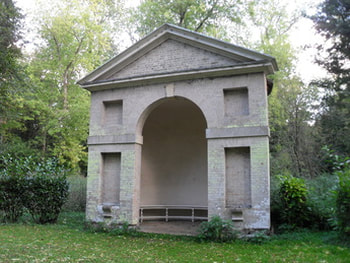 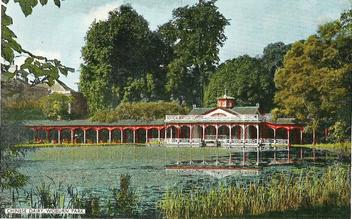 The Chinese Dairy at Woburn Park was built in about 1788 by Henry Holland. The porch was added by Humphry Repton. 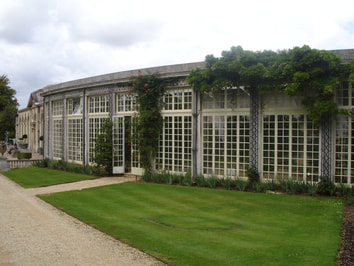 The Camellia House was designed by Jeffry Wyatville in      1822. 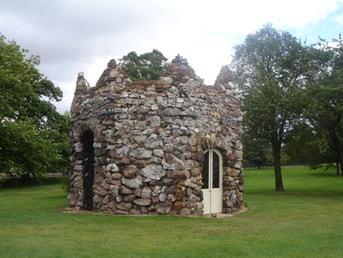 In 1811, the Shell House at Woburn Park was designed by Jeffry Wyatville. 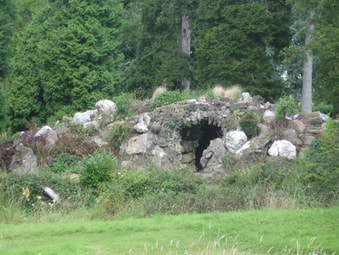 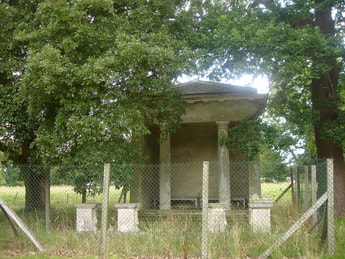