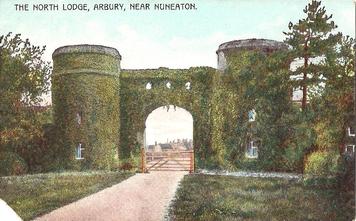 The North Lodge entrance to Arbury Hall was built for Sir Roger Newdigate in about 1782. 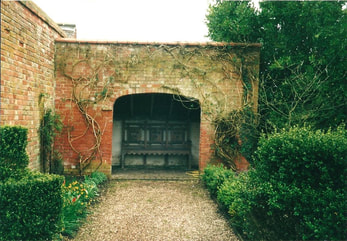 The building known as the Donkey House was used for peacocks in the 19th century. 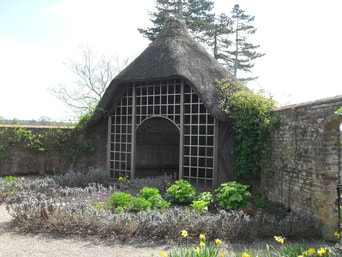 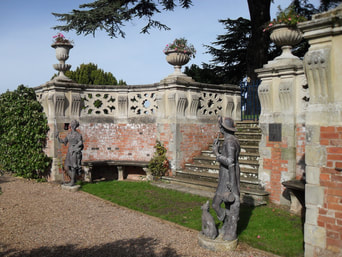 The almost life-size lead statues of a Shepherd and Shepherdess were made by Edward Hurst for George Lucy in 1718. 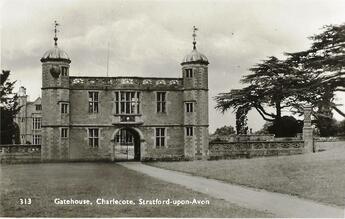 The gatehouse to Charlecote Park was built in about 1500.

The wrought-iron gates and overthrow were made in 1722 by T Parris. 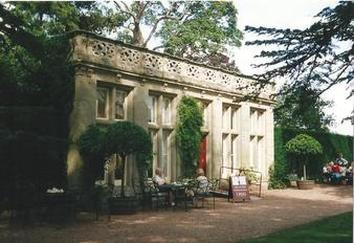 The orangery at Charlecote Park was built in 1857 and probably designed by John Gibson. 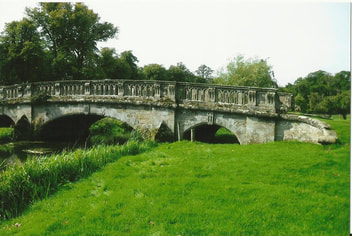 The bridge over the River Dene was designed by John Gibson of Westminster in about 1867. 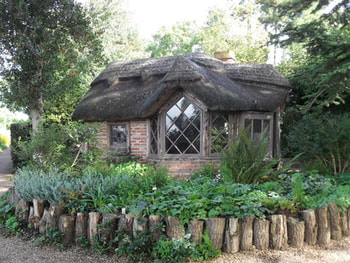 The rustic summerhouse at Charlecote Park was built in the mid 19th century for Mary Elizabeth Lucy's children. It was inspired by a visit to Plas Newydd, Llangollen, Wales, by Elizabeth when she was a child. 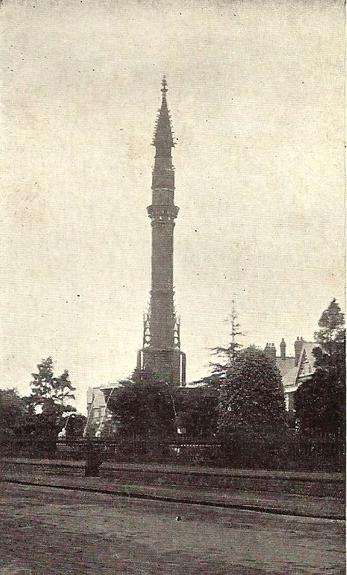 The Fountain that has now been demolished stood at the junction of Hagley Road and Sandon Road in Edgbaston.

It was probably erected by the Birmingham Water Committee when the nearby Hagley Road reservoir was built in 1862. 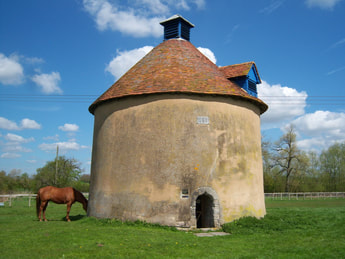 The dovecote at Kinwarton probably dates from the 17th century. 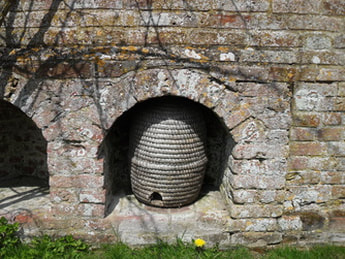 One of the mid 17th century terrace walls at Packwood House has 30 bee bole niches on the south side. 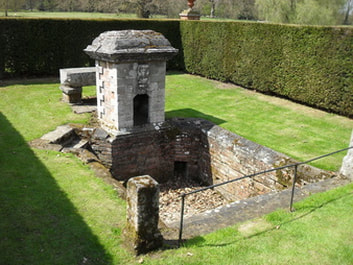 The plunge pool at Packwood House was probably built for John Featherston in about 1680. 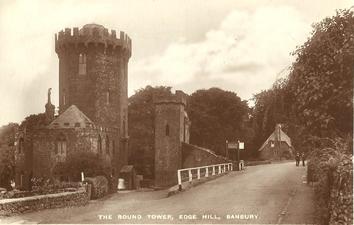 Though known as The Round Tower, it is in fact   octagonal. It was Sanderson Miller's first serious   commission and was started in 1742 to commemorate   the 100th anniversary of the Battle of Edgehill and   opened in 1750. Sanderson Miller went on to develop the   style of ruined castles that were replicated throughout   the country. 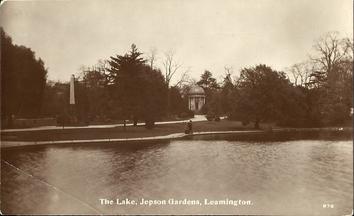 The Jephson Temple was designed by Daniel Goodman   Squirehill, a Leamington Spa architect, in 1849. Inside is   a 7 feet tall statue of Dr Henry Jephson by Pater Hollins   of Birmingham.

The obelisk was erected in 1875 as a memorial to   Edward Willes. 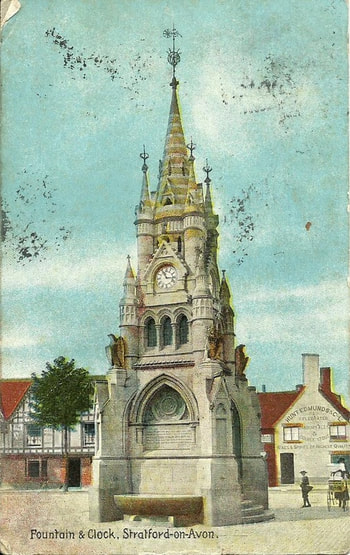 The Gothic style American Drinking Fountain is on the site of the medieval market cross and was designed by Jethro A. Cossins of Birmingham.

It was presented to Stratford-upon-Avon by Mr George W. Childs of Philadelphia in 1887 to commemorate Queen Victoria and William Shakespeare and was dedicated by the actor Henry Irving.