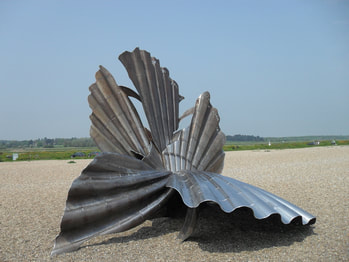 Maggi Hambling designed the huge steel scallop shell as a tribute to Benjamin Britten. It was unveiled in 2003. 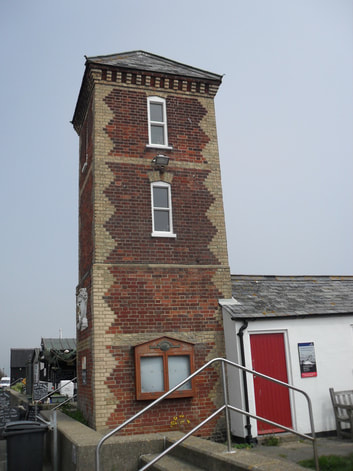 The pilot and lifeboat station was added in the 20th century. 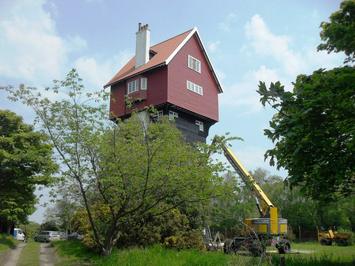 The House in the Clouds

G. Stuart Ogilvie developed the small fishing village of Thorpe into the holiday park of Thorpeness in the early 20th century and in order supply the need for water he installed a water tank. The 60 feet high tower was built as a five-storey dwelling and a mock house concealed the tank.

After an alternative water supply was provided the tank was removed and the tower is now holiday accommodation. 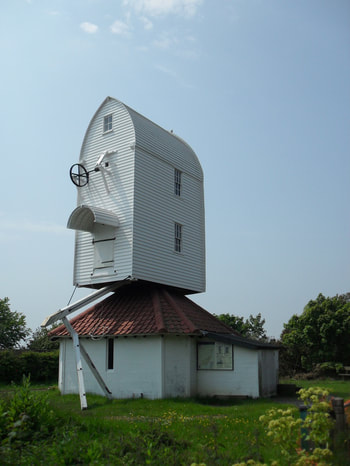 The windmill was built in the nearby village in 1803 and moved to its present site, near to The House in the Clouds, in 1923. It was restored in 1976. 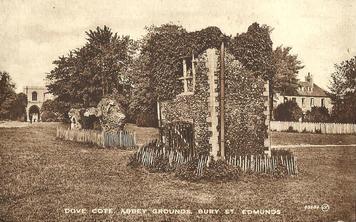 The two-storey hexagonal dovecote in Abbey Gardens is   said to date from the 14th century.

No doubt it would have served as a garden feature in   later centuries. 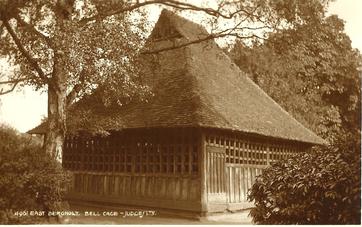 A temporary wooden bell cage was erected in 1531   after work constructing the church tower ceased. It was   moved from the south side to the north side of the   church in the 17th century because the resident of Old   Hall objected to the noise, but ringers still stand beside   the bells as they ring them to this day. 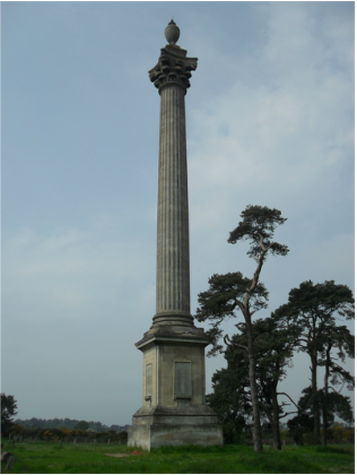 A 113 feet high Corinthian column was designed by Clyde Young in 1921 as a war memorial at the junction of three parishes. The entrance to the 148 steps to the top has been blocked. 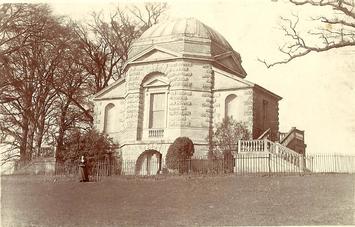 In 1746 William Kent designed an octagonal eyecatcher,   known as The Temple, as a banqueting house for the   2nd Duke of Grafton. It was Kent's last work. 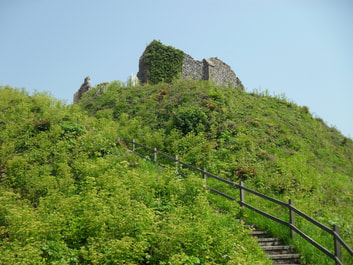 In 1844, Sir Edward Kerrison demolished a windmill on the castle motte and built a house for his batman who had saved his life at Waterloo in 1815.

In 1965 the building collapsed in a gale. 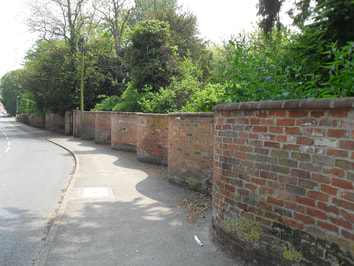 The late 18th century crinkle crankle wall is at Chandos Lodge, the home from 1957 to 1988 of the late Sir Freddy Ashton, Director of the Royal Ballet.


Compare with the crinkle-crankle wall at
LYMINGTON Hampshire 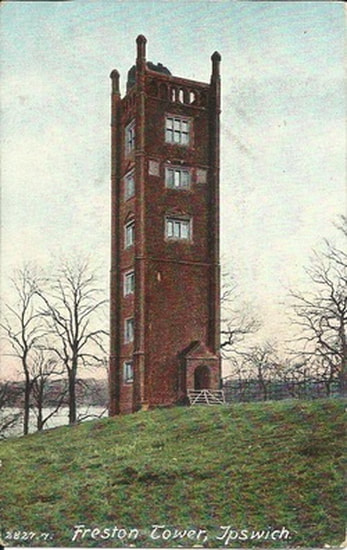 Freston Tower was built in 1549, possibly for the Latimer family. It is probably an Ipswich merchant's look-out tower having good views of the River Orwell.

There are no windows to the bottom three storeys on the south side, which may mean that it was once attached to another building. 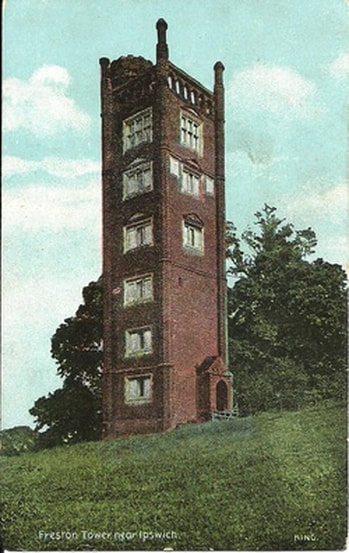 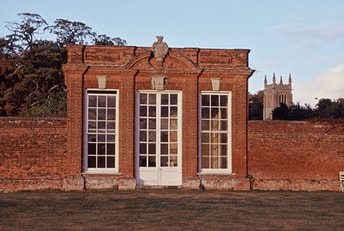 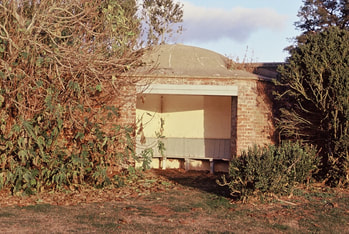 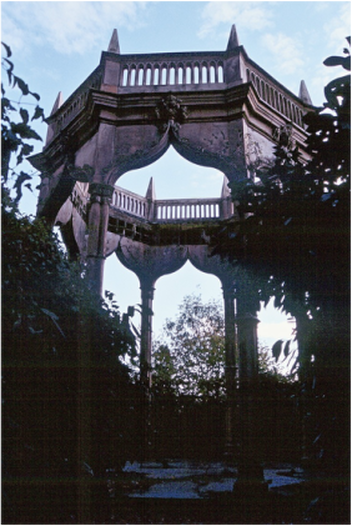 The Umbrello is made of Coade stone and marked
COADE & SEALY/LAMBETH. 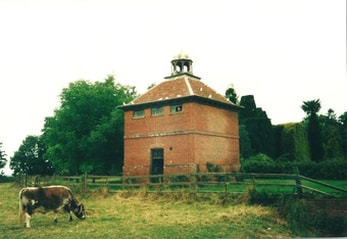 The 18th century Dovecote at Melford Hall is said to be the largest in Suffolk. Internally, it has about 144 nesting boxes on each wall and a revolving access ladder. 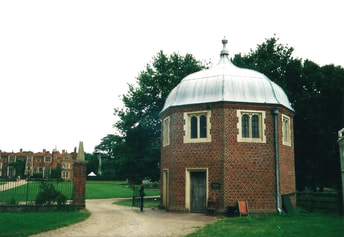 The Pavilions at Kentwell Hall were built in 1992/93 as the   final part of a new gate screen. 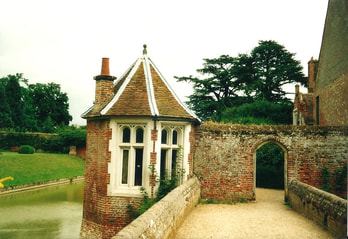 A gazebo at the corner of the moat at Kentwell Hall has   been made into a camera obscura. 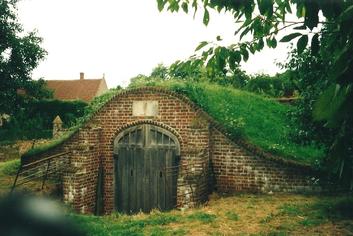 The icehouse at Kentwell Hall had been filled in and was   excavated in 1997 and rebuilt in 2000. 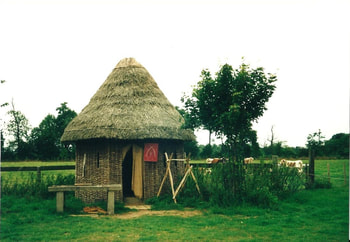 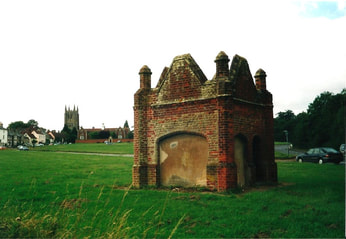 The 16th century water conduit on the village green at   Long Melford was built at the same time as Melford Hall   and in a similar style. 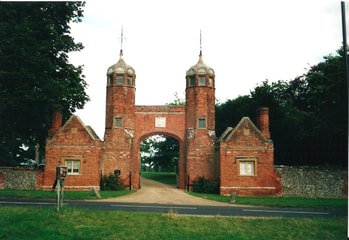 The Gate House to Melford Hall was built in about 1559 and the two lodges added in the 19th century. 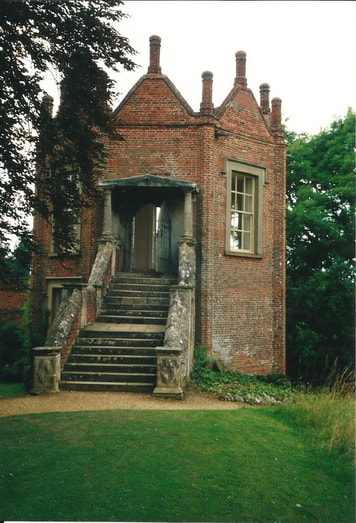 The Octagon at Melford Hall was a banqueting pavilion   that dates back to the early 17th century when it contained a marble table and five giltwood chairs.

The panelling and sash-windows were installed in the   18th century. 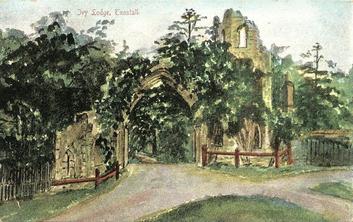 Ivy Lodge was built in 1790 as a mock Romanesque gatehouse to Rendlesham Hall. It was built for Lord Rendlesham and the stone is said to have come from the ruins of Butley Abbey.

Rendlesham Hall was demolished in 1949.