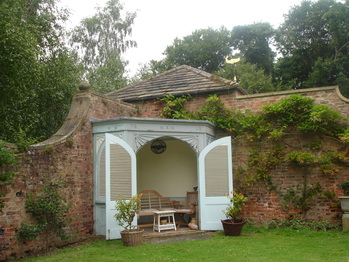 Above the doorway of the little summerhouse at Old Sleningford Hall is, TR  MXM  JR. Perhaps this indicates the year it was restored, and the initials of Tom Ramsden and Jane Ramsden. 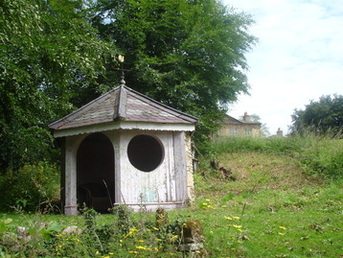 The Cave Canem summerhouse at Old Sleningford Hall dates from the time of Miss Staveley in the early 19th century.

On the floor is a mosaic of a dog and the inscription: 'Cave Canem'. Amongst Biblical proverbs on the internal walls is the following;

In the house of Glancus, at Pompeii, you enter by a vestibule on the floor of which is the image of a dog in mosaic with the well known 'Cave Canem' or Beware the Dog. 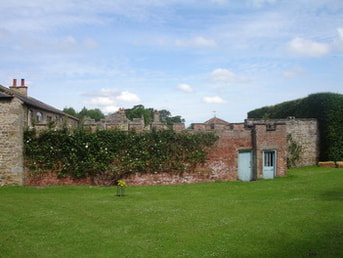 General Kitchinman Hutchinson probably had the crenelated wall built when he carried out alterations to the Old Sleningford estate between 1800 and 1833. 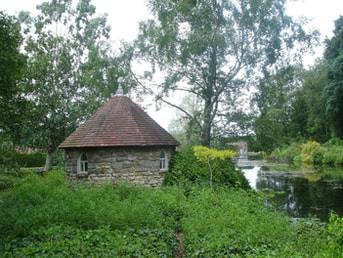 The summerhouse on an island at the mill pond, in the grounds of Old Sleningford Hall, was built in the early 19th century. Inside the walls were decorated with trompe-l'oeil paintings by Miss Staveley. 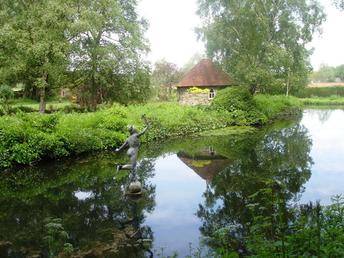 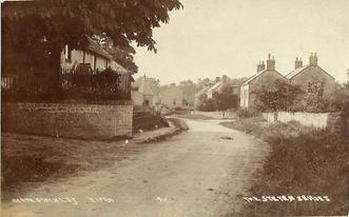 This little turret may have been the village lock-up.

Other village lock-ups may be seen at: 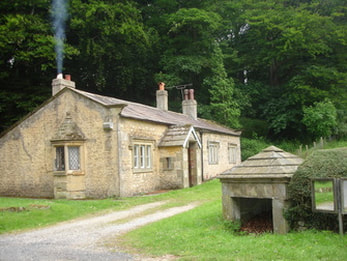 Opposite the entrance to Old Sleningford Hall is a covered well. 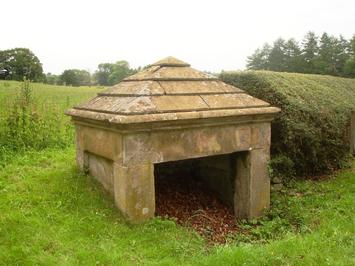