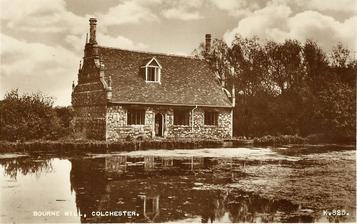 Bourne Mill was built using masonry from St John's   Abbey in 1591, for Thomas Lucas. It may have originally   been a fishing lodge with ornate gables that were   fashionable in the Low Countries in the late 16th century.

In the 17th century it became a cloth mill with Dutch   workers. 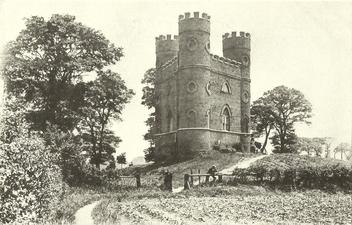 Charles Raymond (1713-88) made his fortune as a captain in the East India company. He retired to Essex, where he had a three-sided tower built in 1765, known as Ilford Castle or Cranbrook Castle, at a cost of £420. It was to be the family mausoleum but he and his wife, Sarah, were buried at Barking. It became known as Raymonds Folly but was probably a banqueting house. It was demolished in 1923 to make way for a tennis club.
For more triangular castles see:
DUNCHIDEOCK, Devon
HENBURY, Gloucestershire
ARUNDEL, Sussex
BROADWAY, Worcestershire 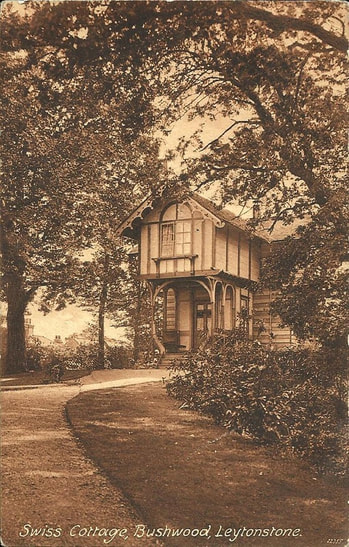 Swiss Cottage was a timber framed building, built about 1850, at Lake House, Leytonstone. It was demolished in 1962 to make way for Metropolitan police cadets. 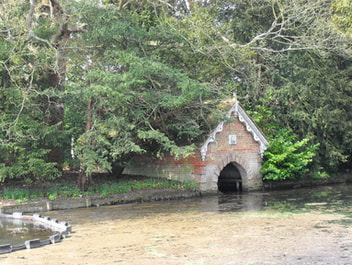 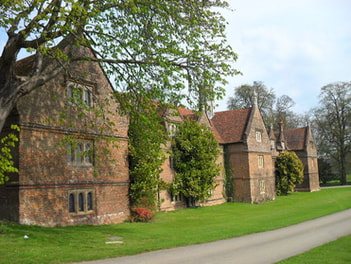 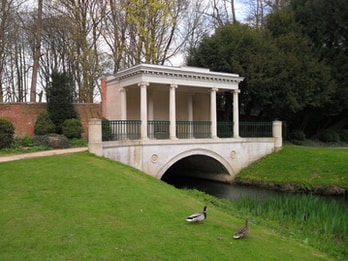 There is also a small Palladian Bridge at Scampston Hall, East Riding. 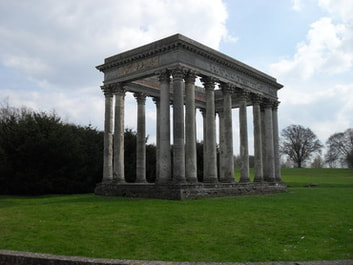 The Corinthian styled Temple of Concord was designed by Robert William Brettingham in 1790, and was built to celebrate George III's recovery from madness. 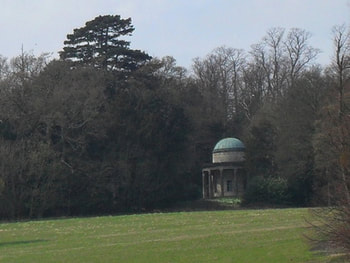 John Griffin Griffin commissioned Robert Adam to design the Ionic Temple of Victory in 1772 to commemorate victory in the Seven Years War, 1756-63.

The temple is also known as Ring Temple as it stands on Ring Hill. 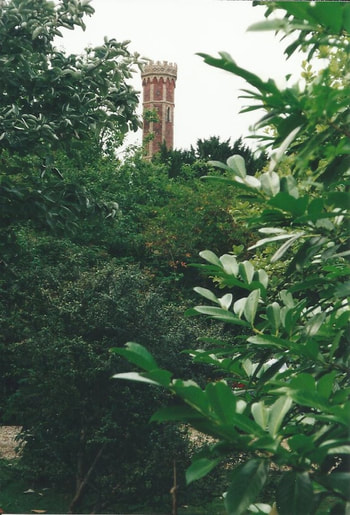 In the garden of the Rectory at Pentlow is a red brick tower of over 70 feet high. It has a date of 1859 above the door, and a plaque that reads:

THIS TOWER WAS ERECTED BY THE REV. EDWARD
BULL, M.A. IN MEMORY OF HIS PARENTS ON A
SPOT THEY LOVED SO WELL. 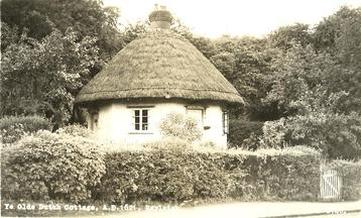 The octagonal Dutch Cottage is thought to be associated with Dutch immigrants who built many of the sea walls on the south coast of Essex in the 17th century. Although there is a date-stone of 1621 above the door, it is more likely to have been built around 1740.

​Like other buildings of this shape, legend says there are no corners where evil spirits can hide. 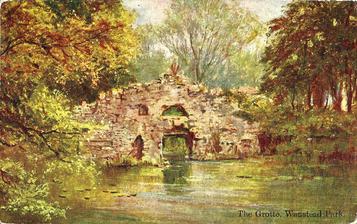 The Grotto at Wanstead Park was built for John Child, 2nd Earl Tylney, and was completed in 1764 at a cost of £2000. Originally, it had seven arches and contained a boathouse and a lavishly decorated room above was used for entertaining. In 1882, Wanstead Park was opened to the public and two years later the grotto was destroyed by fire when a boat was being re-tarred and the lake had been drained of water.