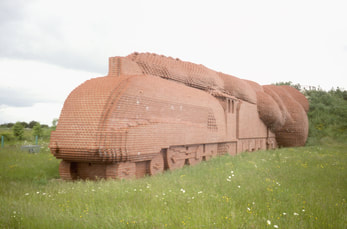 Designed by David March, the brick Train is based on the steam train, Mallard, and commemorates the world's first railway service between Stockton and Darlington. 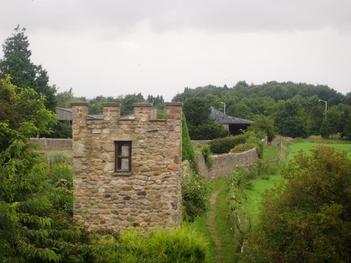 A charming little tower, just over the bridge into County Durham, is in the corner of a private garden. 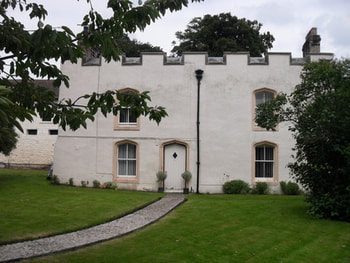 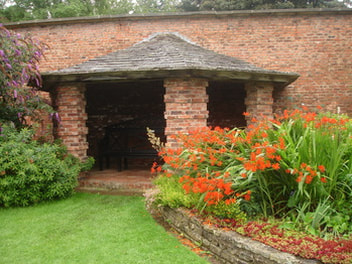 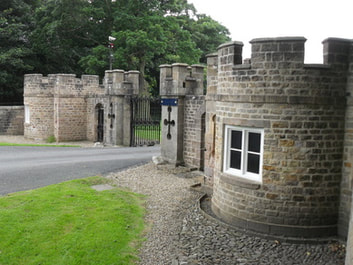 The Gothic style entrance to Raby Castle was designed by John Carr. 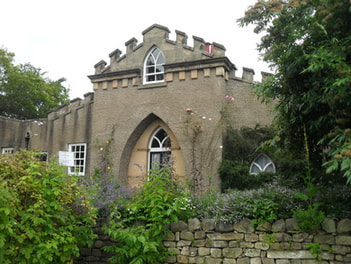 The Gothic Cottage in the garden of Raby Castle was designed by James Paine.

One the many buildings that James Paine designed is The Chapel at Bramham Park, West Riding 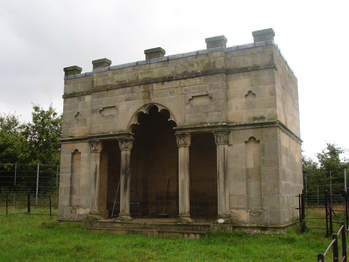 The Gothick Seat near to Raby Castle was designed by Daniel Garrett. 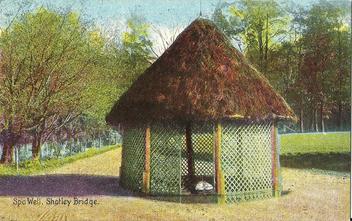 The Spa Well was made by Jonathan Richardson in 1837 at the spring that was called 'Hally Well'. It is said that the Spa Well was visited by Charles Dickens.

Near to the river, there is still a small building that was near to the well, at the side of the cricket pitch at Shotley Bridge Cricket Ground. 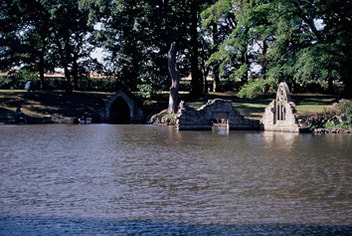 There is a mock ruin in a lake in the grounds of Whitworth Hall. 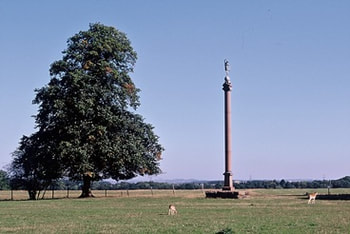 The statue of Mercury in Whitworth Park, was bought from a school in Sunderland in the early 1980s. It had a plaque in memory of a soldier who was killed in the Boer War, but this has been removed. 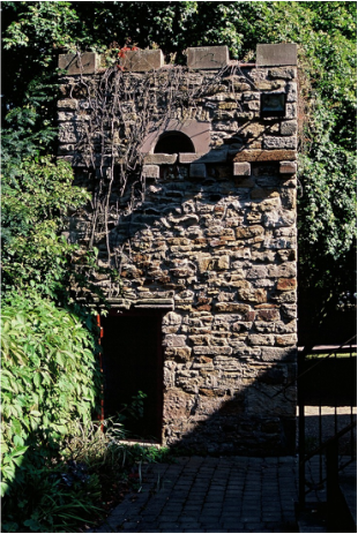 The Shafton family purchased Whitworth in 1652; they were later known as Shafto. Robert Duncombe Shafto was an 18th century dandy who used the ballad 'Bonny Bobby Shafto' as an electioneering song and became a Member of Parliament. 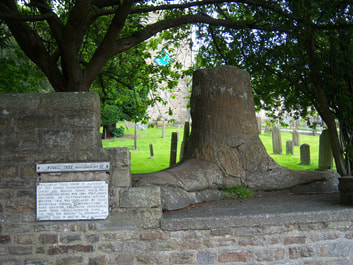 The Fossil Tree was moved from Edmundbyers Cross and brought to Stanhope by J G Beaston in 1962. 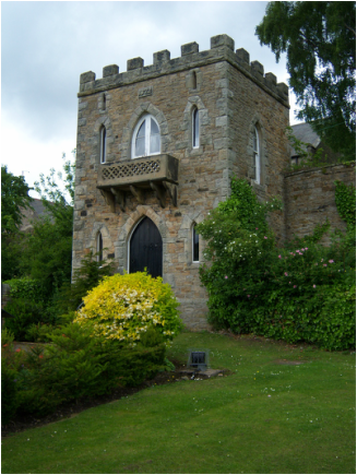 In the garden across the road from the mock Stanhope Castle is a gazebo built in a similar Gothic style; also having a pierced stone first-floor balcony and a battlemented parapet. 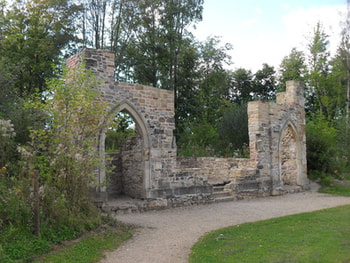 The Bono Retiro at Hardwick Park was a Gothic styled place of pleasant retreat for selected guests only. It contained a library and busts of Francis Bacon, John Locke, Marcus Aurelius, Robert Boyle and Marcus Cicero. 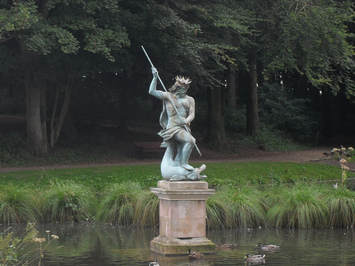 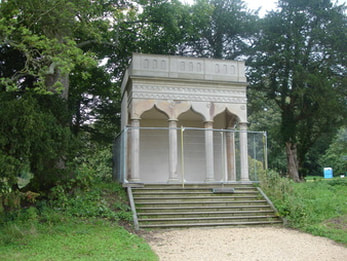 The Gothic Seat overlooks the lake in Hardwick Park. It is thought that the three arches were inspired by William Kent's choir screen at Gloucester Cathedral. 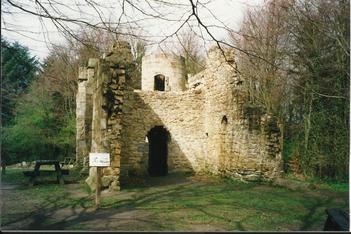 The sham castle ruin at Hardwick Park was built for John Burdon in 1764 by John Bell of Durham.

Much of the tower has recently been rebuilt.

​The Gothic Gatehouse before restoration. 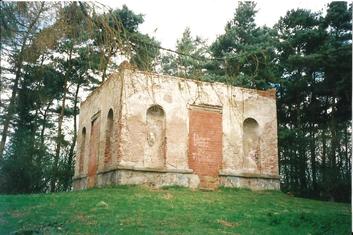 The recently restored Temple of Minerva was designed by James Paine and built by John Bell, who worked with Paine in the Durham area between 1754-57. 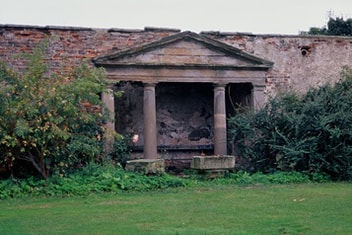 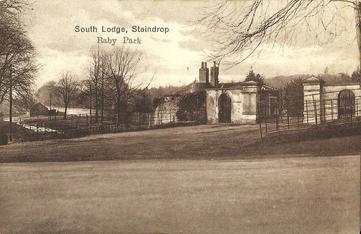 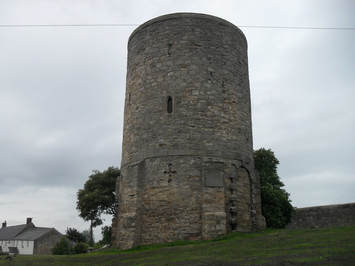 'This observatory tower was erected by Thomas Wright born at Byers Green 1711 died there 1786. To commemorate his treatise THEORY OF THE UNIVERSE PUBLISHED 1750, this tablet was placed here by the University of Durham 1950.'

Thomas Wright was a mathematician, architect and inventor, and known as the Wizard of Durham. It is not certain if the tower was built in 1765 or 1785.

At one time the tower was used as a reading room, and then as a council office by 1924.