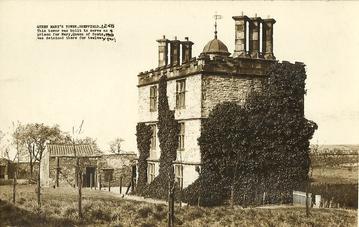 The Turret House was built in about 1574 for the 6th   Earl of Shrewsbury as a hunting tower from which to   view his extensive deer park.

From 1570 to 1584, Mary Queen of Scots was   imprisoned in the Turret Tower for brief periods.

It fell into disrepair when Sheffield Manor was owned   by the Duke of Norfolk, and partly dismantled in 1706. 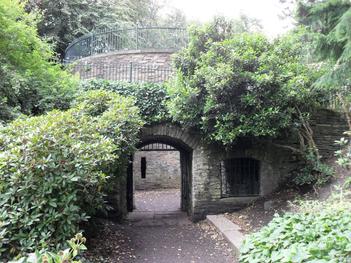 In Sheffield Botanical Gardens there is a large circular building where two bears were kept in Victorian times.

It is said that a child fell into the pit and was killed by a bear. 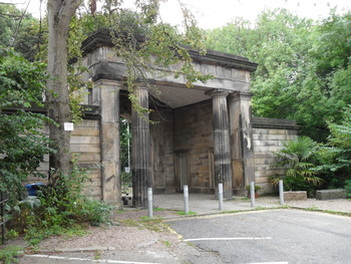 The classical gateway to the cemetery at Sheffield may have been built over Porter Brook to symbolise the crossing of the River Styx. 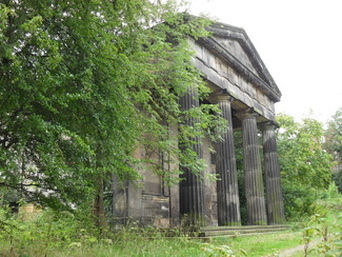 The Nonconformist Chapel is in the middle of Sheffield General Cemetery and both the building and the cemetery were designed by the architect Samuel Worth in 1836.

The classical styled building has Egyptian features and has a sculptured panel above the door with a dove representing the Holy Spirit. 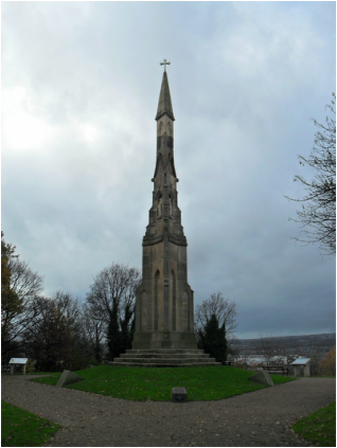 The Gothic spire overlooking Sheffield was built as a memorial to the 400 cholera victims buried there in 1832. 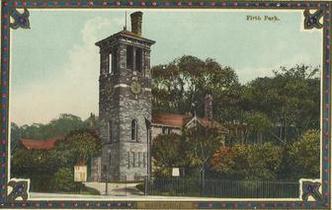 The clock tower at Firth Park was designed by local architects Flockton and Abbot in the 1900s. 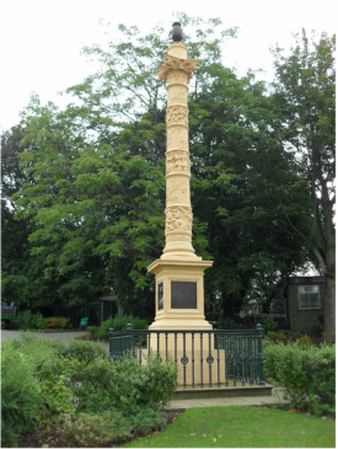 The monument to Godfrey Sykes (1824-1866), designer and painter, is in Weston Park. It is a terracotta column surmounted with a Corinthian capital and bronze vase. It was commissioned by Sheffield Town Council and completed in 1871. 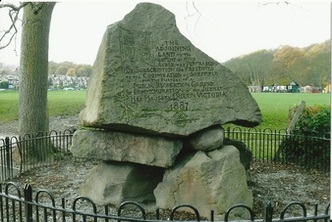 The stone in Endcliffe Park has the inscription:

THE ADJOINING LAND, TO THE EXTENT OF NINE ACRES, WAS PURCHASED BY SUBSCRIPTION, AND PRESENTED TO THE CORPORATION OF SHEFFIELD FOR THE PURPOSE OF A PUBLIC RECREATION GROUND, IN COMMEMORATION OF THE JUBILEE, OF HER MAJESTY QUEEN VICTORIA, 1887 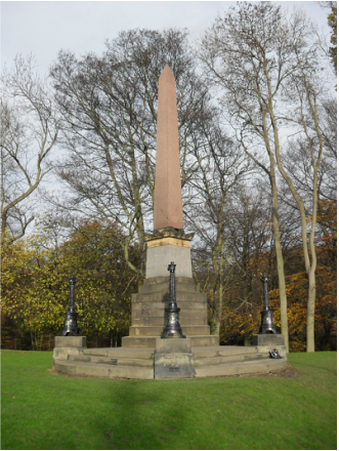 The Jubilee Memorial was originally at the top of Fargate but was moved to Endcliffe Park in 1905. It was replaced by the statue of Queen Victoria, which has also been moved to Endciffe Park.

The red granite obelisk is on a block of grey granite and at the base of the plinth are four cast iron gas lamps.