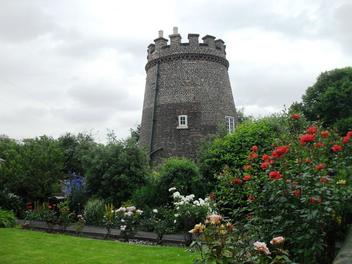 The Round House was a windmill and was probably built in 1745. 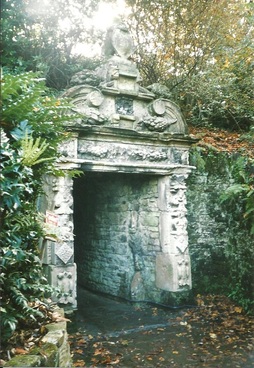 The Bear Pit was designed by Watson and Pritchett in about 1800, re-using a doorway of about 1630 from the old Wentworth estate.
It is built on two levels with an underground chamber and viewing gallery. Over the upper doorway is a plaque that reads:

There is healing in the garden
When one longs for peace and pardon
Once past the gate no need to wait
For god is in the garden. 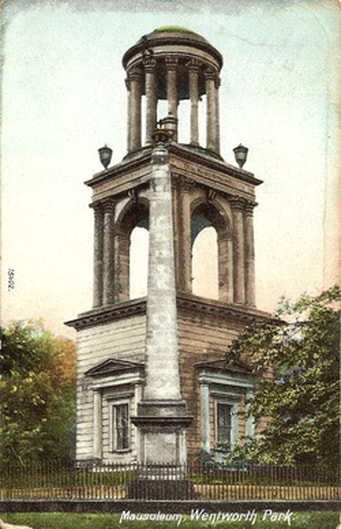 The Mausoleum at Wentworth Woodhouse was designed by John Carr and commissioned by the 4th Earl Fitzwilliam in 1888 in memory of his uncle, Charles, the 2nd Marquis of Rockingham. Charles was Prime Minister for the second time when he died in 1782 and was buried in York Minster and not the Mausoleum. In the centre is a life-sized marble statue of Charles, dressed as a Senator of Rome. The walls are lined with niches in which there are busts of eight of his political friends. The statue and busts were by Joseph Nollekens. The entire memorial was completed in 1791 at a cost of £3,208 3s 4d. In 1793, the four 50 feet high obelisks were moved from the garden and placed around the monument. 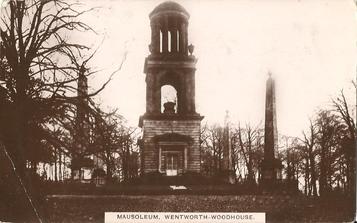