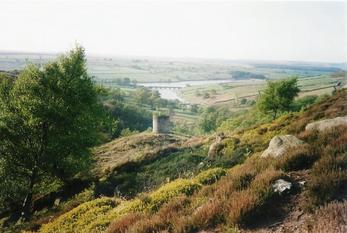 Arnagill Tower was built by William Danby II and is one of many landscape buildings he had built on his Swinton estate during the first quarter of the 19th century. 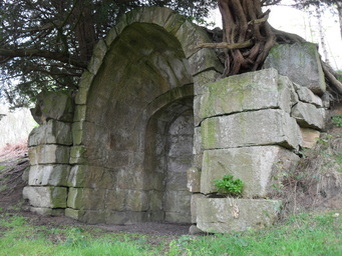 Marked as 'Grotto' on the 1st edition OS map, the Monkey Hut or The Monkey House is an alcove rather like the one nearby at Quarry Gill Bridge. The alcove provided shelter and privacy for William Danby to view Speculum Pond on his Swinton Estate. 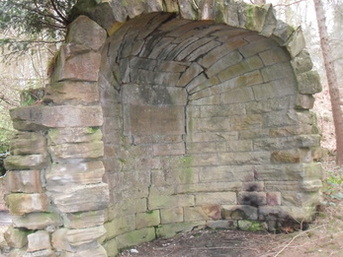 The inscription inside reads:

THIS SEAT
OVERLOOKING SOME OF THE
BEAUTIFUL WORKS OF THE CREATOR
WAS BUILT WITH A GREATFUL MIND
BY WILLIAM DANBY ESQ A.D.1832. 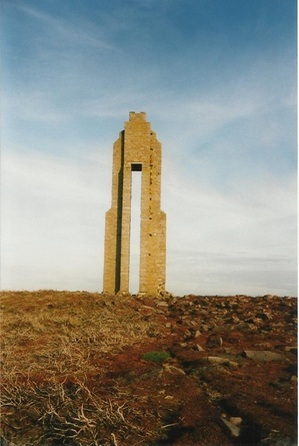 The survey tower was built in 1903 for Harrogate Corporation to help alignment of the 3 mile long Carlesmoor Aqueduct tunnel. It is one of three towers, the other remaining one is at SE 194 735 LAVERTON West Riding. 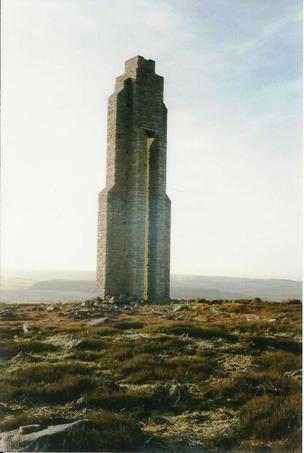