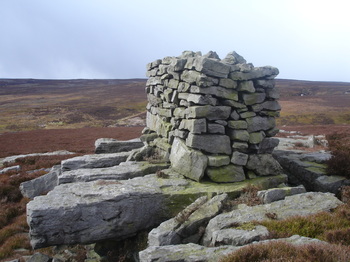 Carle Tower is built on an outcrop of rock on Carlesmoor. 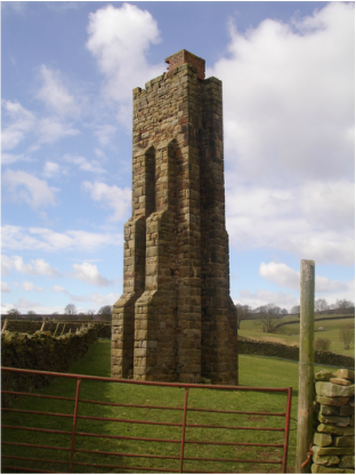 The 60 feet high sighting tower was erected in 1901 as one of three markers for the construction of a tunnel to carry water from Roundhill Reservoir to Harrogate. The one at Ilton-cum-Pott (SE 159 769) is still almost intact but the central one has gone.