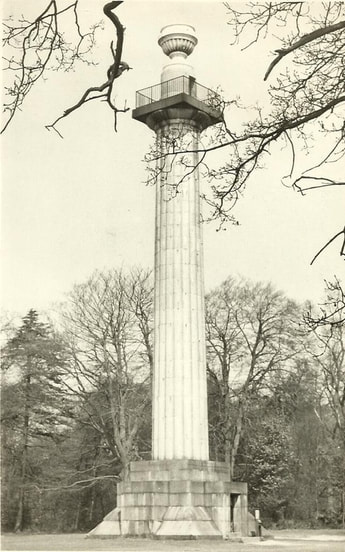 The Bridgewater Monument is a Neoclassical Doric column designed by Sir Jeffry Wyatville and built by Philip Nowell of Pimlico. An inscription reads:

IN HONOUR OF
FRANCIS THIRD DUKE OF BRIDGEWATER
FATHER OF INLAND NAVIGATION. 1832

The 172 internal steps lead to a viewing platform surmounted by a copper urn. It is on the National Trust's Ashridge Estate. 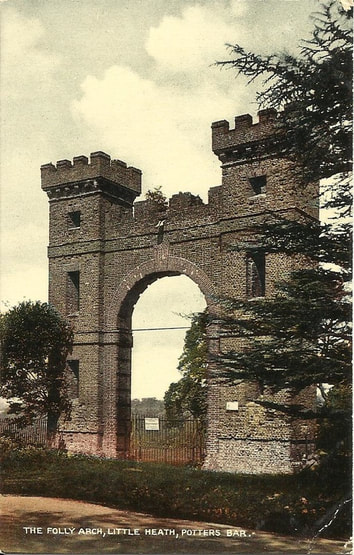 In about 1740, James Gibbs designed the south   entrance to the Gabions estate for Sir Jeremy   Sambrooke. The castellated arch is an early example of   the Gothick style. 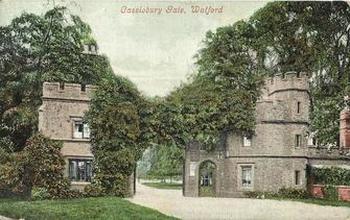 Cassiobury Park is a public park formed out of the grounds of Cassiobury House in 1909. 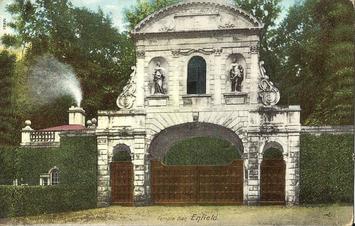 Temple Bar was the main entrance to the city of London from the City of Westminster. Although it escaped the Great Fire of London in 1666, it was rebuilt in a Baroque style and attributed to Christopher Wren.

It was dismantled in 1878, because of road widening and in 1880 Henry Meux bought the 2,700 stones and had it re-erected at Theobalds Park. 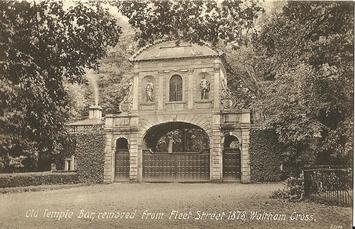 In 1984 it was purchased by the Temple Bar Trust for   the sum of £1 and re-erected in Paternoster Square   near to St Paul's Cathedral. 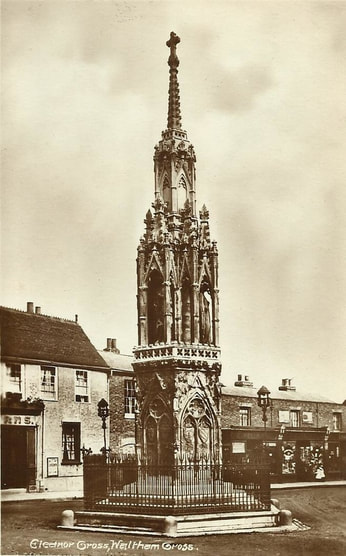 The Eleanor Cross at Waltham Cross is one of three remaining of the twelve that King Edward I had erected, where the funeral cortege of his wife, Eleanor of Castile, rested on its way from Lincoln to London after her death in 1290.

The sculptor was Alexander of Abingdon and the masons were Nicholas Dyminge de Reyne and Roger Crundale.

The present statues are replicas.

The other remaining Eleanor Crosses are at: