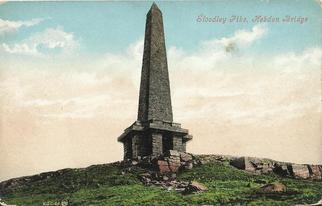 Stoodley Pike is a 120 feet high commemorative obelisk with the inscription: 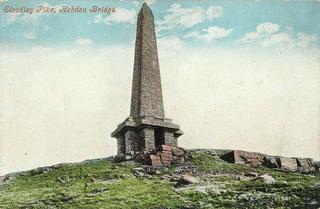 Commenced in 1814 to commemorate the
surrender of Paris to the Allies and
finished after the battle of Waterloo
when peace was established in 1815. By a
strange coincidence the Pike fell on the
day the Russian Ambassador left London
before the declaration of war with
Russia in 1854, and was rebuilt when
peace was proclaimed in 1856, Repaired
and lightening conductor fixed 1889. 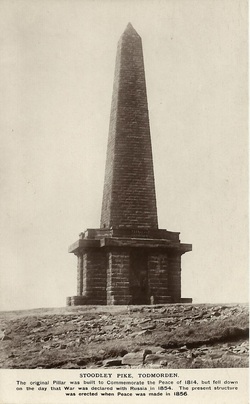 The architect was James Green, a local man, and the building contractor was Lewis Crabtree. It cost £812 to rebuild.

...like the Phoenix thou
From the ashes rose
Thy friends were firmer, greater, new,
Than had been all thy foes;
Again they raised thy heavenward sign-
And may it long remain,
A Monument of Peace benign,
On Langfield's Plain. 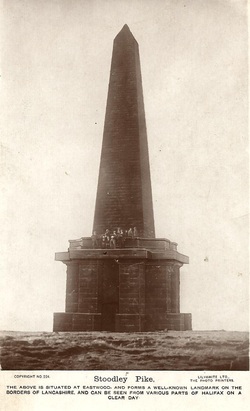