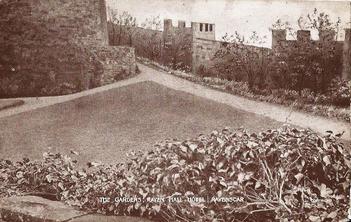 Captain William Childs built Raven Hall in 1774 on the site of a Roman fort. In 1845 it was bought by Mr William Hammond who was a director of the Scarborough to Whitby Railway. He planned that the line passed through Ravenscar but died in 1885 before it was completed. The Peak Estate Company tried to develop a resort at Revenscar but the Company was declared bankrupt in the 1920s.