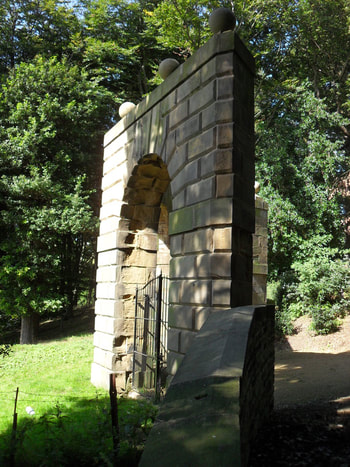 Archer's Hill Gate was built in 1744 for William Wentworth and marks the place where the old public road left the Wentworth Castle Estate. The three arches frame the views across the parkland.

The name probably commemorates Thomas Archer, the architect who designed the Baroque front of the mansion in the early 18th century. 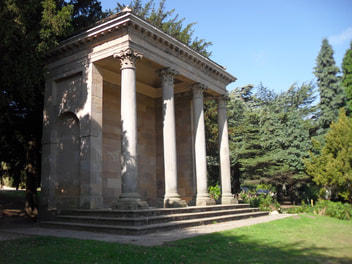 The Corinthian Temple was built in 1766 for the Earl of Strafford. John Platt, of Rotherham, was commissioned to carve four Corinthian columns to match those on the house. 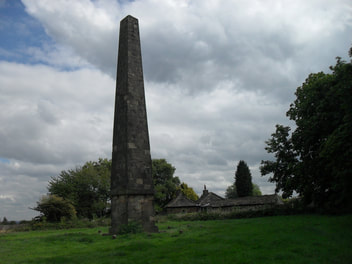 In 1733, Thomas Wentworth had an obelisk erected and dedicated it to Queen Anne, who had died twenty years earlier. She had honoured him with the title Earl of Strafford in 1711 but after her death he was ousted from his position at court. The inscription begins: 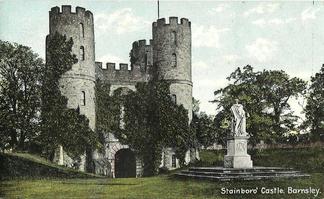 In 1727, Thomas Wentworth, the 1st Earl of Strafford, had a gatehouse and 220 yard long wall with four square towers built on the sit of a hill fort. The four round towers of the gatehouse were named after his children, Anne, Harriet, Lucy and William. When Sir Thomas Robinson visited it in 1734, it was said to be 'just finished'. Horace Walpole said it was built 'in the true style'. 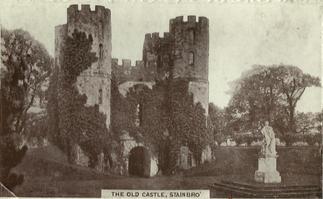 By 1775, John Platt of Rotherham was required to rebuild part of the gatehouse.

In two eastern towers collapsed during the 1962 gale. 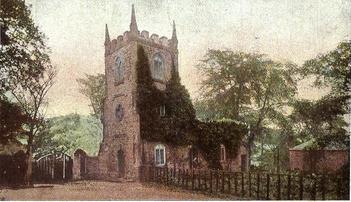 Steeple Lodge is a sham church erected in 1775 at the northern entrance to Wentworth Castle. There is a copy of the sham church at Broughton, Northamptonshire, built for the Earl of Strafford.