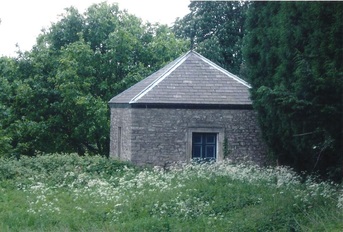 William Wrightson enlarged the gardens to the original Cusworth Hall, that was in the village, from 1726 to 1735. This included making the Walled Garden, which enclosed the Bowling Green. The summerhouse, now known as Bowling Pavilion, was built in 1726. 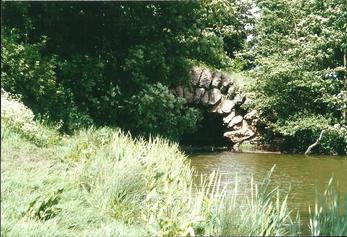 The boathouse at Cusworth was built in 1763 and designed by Richard Woods to look like a cave of 'very rough and shaggy' rock-work. The mound above the arch was planted with fir trees.