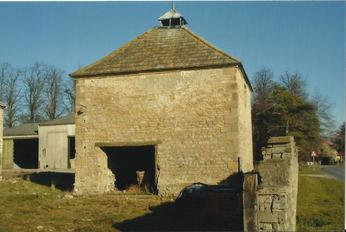 The dovecote near to Snape Castle is 26 feet square, 22 feet high and the walls are 3 feet thick. There are 1500 nest holes with alighting ledges. Chiselled into a roof timber is the date 1414.

The building has recently been converted into a dwelling. 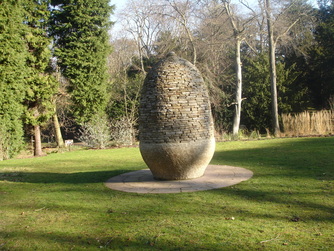 In April 2007, Sir John Ropner unveiled a 12 feet high stone sculpture of an acorn, which was his 70th birthday present. It was made by local craftsman, John Simpson, and was the idea of Terry Exley, the curator of Thorp Perrow Arboretum. It was an appropriate present as it represents long life.

The arboretum is the site of five national plant collections, and in 2004 67 trees were designated as Champion Trees. 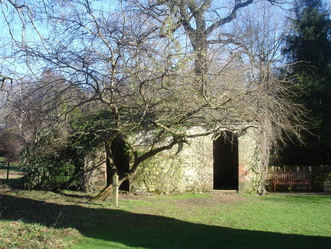 Although known by the estate as a bothy and thought to have been used as a summerhouse, the building looks more suitable for animals. The high doorways and cobbled floor suggest that it could have been used for horses. 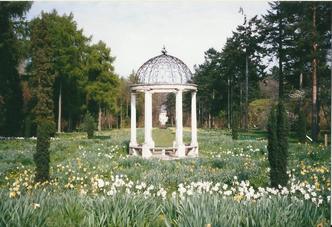 The Gazebo was erected in the arboretum at Thorp Perrow as a memorial to Colonel Sir Leonard Ropner (1895-1977) by his son, Sir John Ropner. Leonard was the founder of the 85 acre arboretum in 1931. 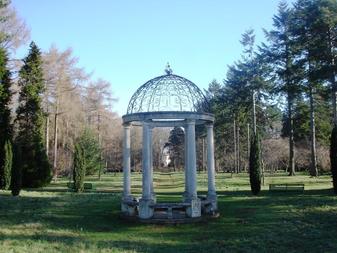