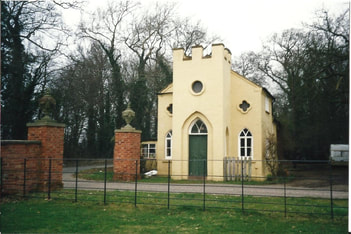 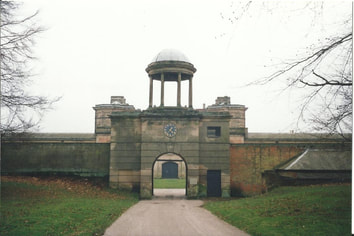 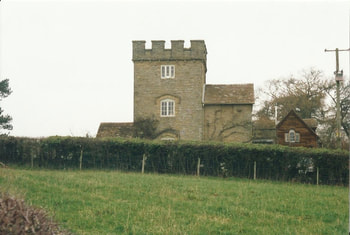 It is thought that the three-storey crenelated tower on the Colwinston Estate was built for the shepherds to look out from to watch their flocks. 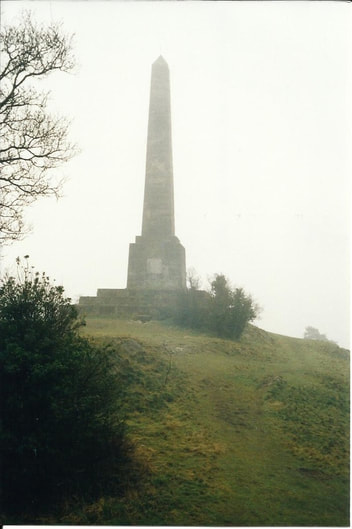 The 70 feet high ashlar obelisk was erected in 1833 to commemorate the Duke of Sutherland. The inscription reads:

'To the memory of G George Grenville Leveson Gower, K.G. First Duke of Sutherland, the most Just and Generous of Landlords.............'

Not all people would have shared such sentiment considering the role he played in the Highland Clearances. 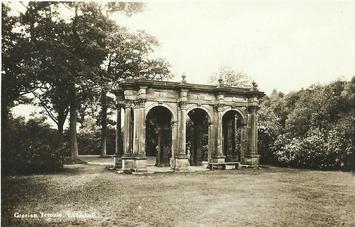 Lilleshall Hall was designed by Jeffry Wyatville and   completed in 1829, three years before the death of the   Duke of Southerland.

In the grounds is a Grecian Temple. 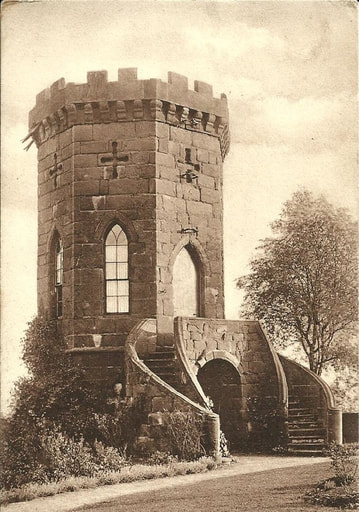 The tower on the castle motte was built in about 1790 by Thomas Telford for Laura, the daughter of Sir William Pulteney, as a summerhouse. 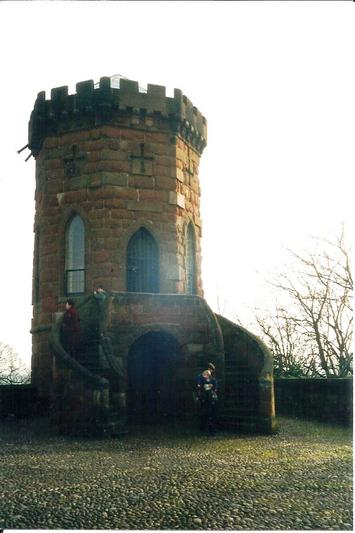 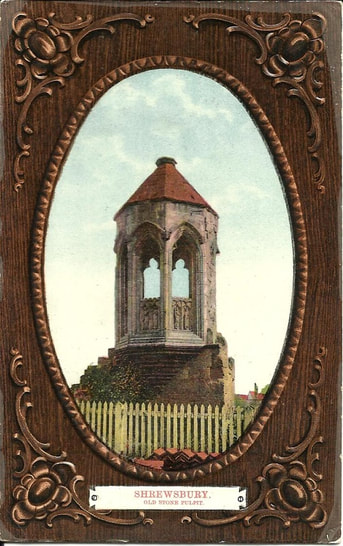 The old stone pulpit is from the ruins of the monastery across the road from Shrewsbury Abbey. 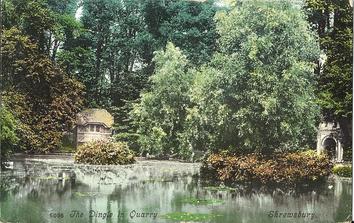 The arbour was erected in 1674 at the Shoemakers'   Guildhall and moved to The Dingle in 1877. It is now in   The Quarry, a park by the river where there are other   architectural recycled features.

The arbour has fluted Corinthian pilasters that carry a   segmented pediment with figures of St Crispin and St   Crispinian, the patron Saints of shoemakers. 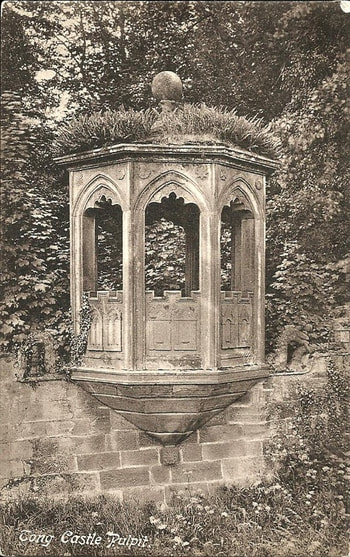 The Stone Pulpit, in a crenelated wall near Convent Lodge, may be a copy of the refractory pulpit in the grounds of Shrewsbury Abbey. 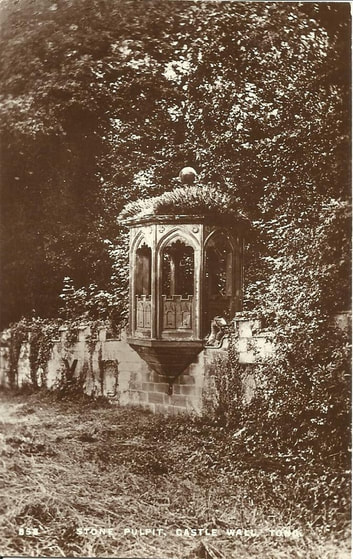 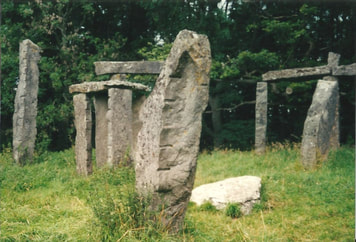 Quinta Circle is similar in plan to Stonehenge and was   built by Major West in the mid 19th century so that he   could see it from Quinta House. 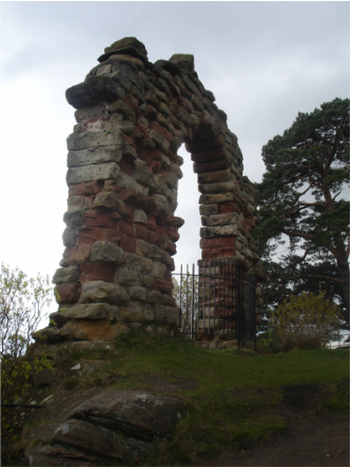 Above the Grotto terrace at Hawkstone Park is a Gothic Arch that acts as a dramatic eyecatcher. 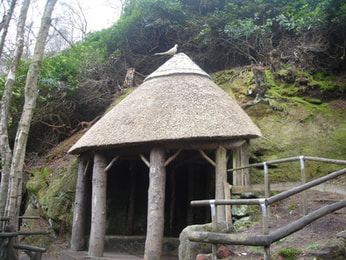 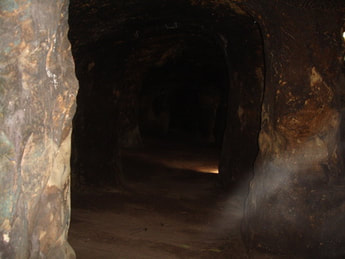 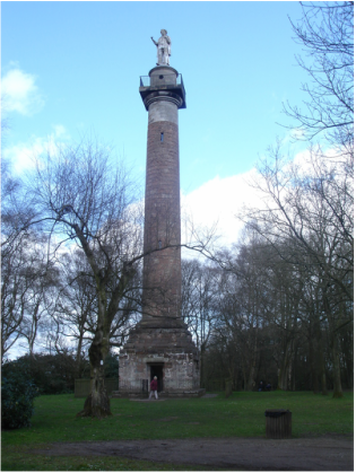 The 100 feet high Tuscan column at Hawkstone Park was erected in 1795 to commemorate Sir Rowland Hill, Lord Mayor of London.

The spiral stone staircase leads to a viewing platform. 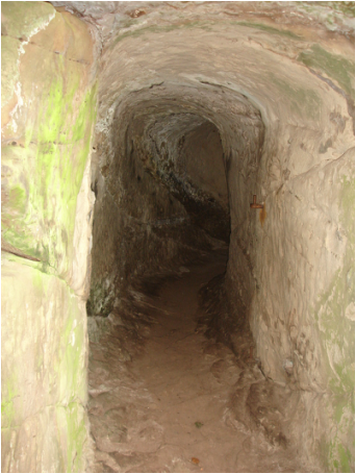 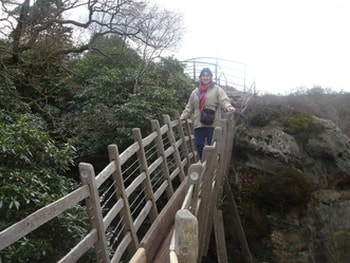 The Swiss Bridge crosses a deep ravine in Hawkstone Park and was part of Richard Hill's 'Scene from Switzerland'. 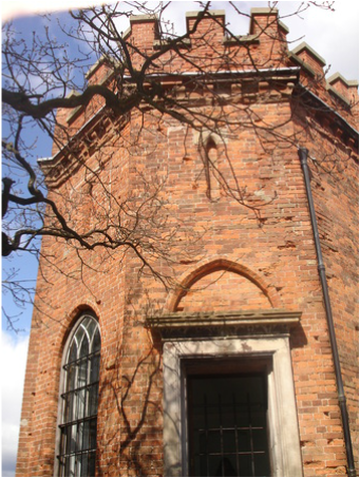 The White Tower at Hawkstone Park was originally painted with whitewash. The Gothic prospect tower would have been used as a summerhouse by the Hill family. 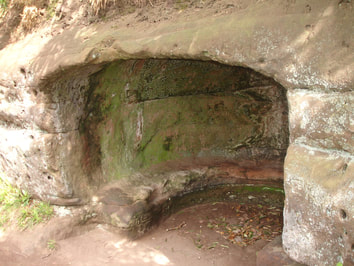 The Retreat is carved out of the rock at Hawkstone Park.