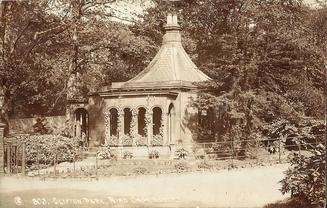 Bird Cage Lodge was one of the entrances to Clifton Park in Rotherham. 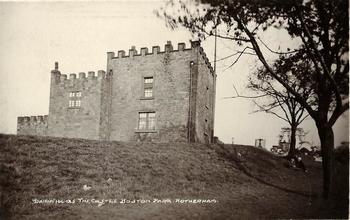 The Gothic style hunting lodge at Rotherham was built for Thomas Howard, 3rd Earl of Effingham, in 1773. In that year over 300 chests of tea were dumped into the harbour of Boston, Massachusetts and was known as the Boston Tea Party. Thomas Howard sympathised with American independence and resigned his commission.

The Earl referred to tea as 'that obnoxious beverage' and his guests at Boston Castle 'were plenteously regaled with wine and punch'. 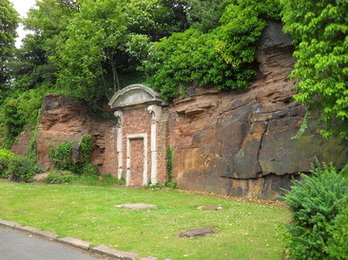 In Boston Park, Rotherham, there is a doorway that is from the 15th century College of Jesus that was in Rotherham. 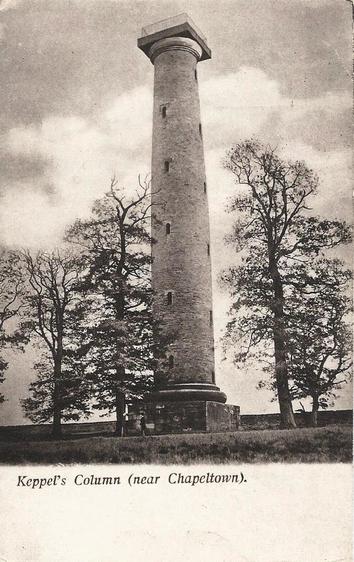 Keppel's Column is a 115 feet high Tuscan Column and was designed by John Carr for the 2nd Marquess of Rockingham as a monument to Viscount Keppel, the First Lord of the Admiralty. Keppel was charged at court martial with 'scandalous haste in quitting the scene of a naval engagement' as well as four other charges. After being acquitted he was honoured by Whig opponents to war with American colonists.

Although no longer accessible, there is a spiral stairway to the viewing platform. 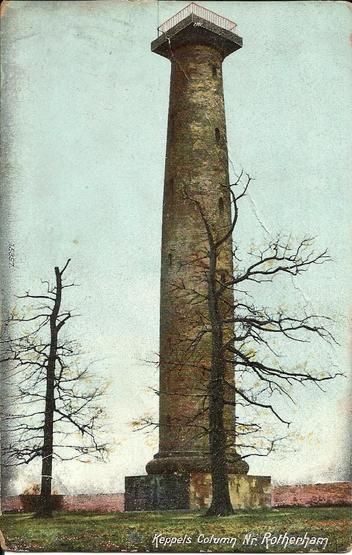