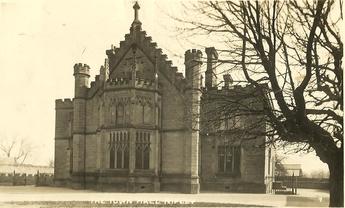 Over the bay the inscription reads:

THIS TOWN HALL WAS COMMENCED BY SIR Wm. AMCOTTS INGILBY BAR. FOR THE USE AND BENIFITS OF THE INHABITANTS. IT WAS COMPLETED BY HIS WIDOW IN HONOR OF HIS MEMORY 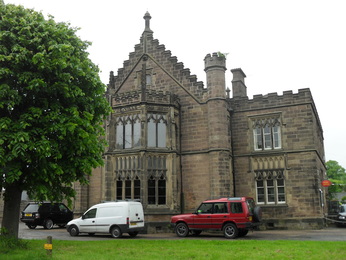 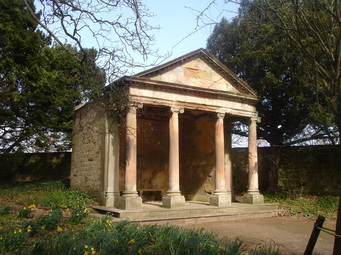 The Classical Temple at Ripley Castle was built in 1818 for Sir William Amcotts Ingilby. 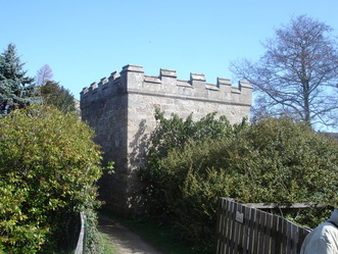 The tower contained a pond that was stocked with freshwater eels to provide a supply throughout the year. 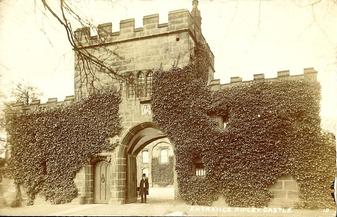 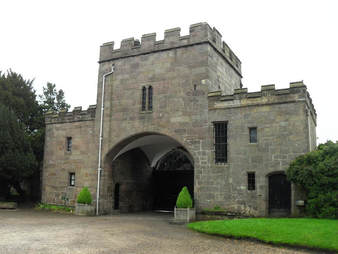 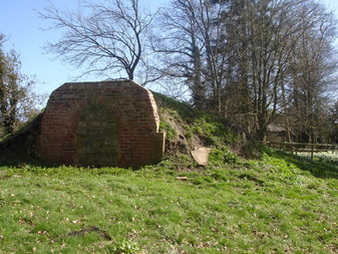 The Icehouse at Ripley Castle is near to the Classical temple. 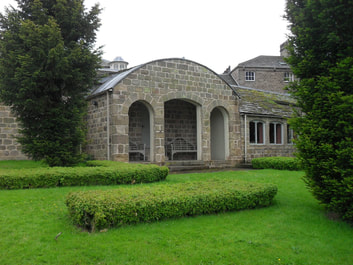 The game larder at Ripley Castle was originally built in   about 1720 and has recently been rebuilt together with   the brewhouse as estate offices. 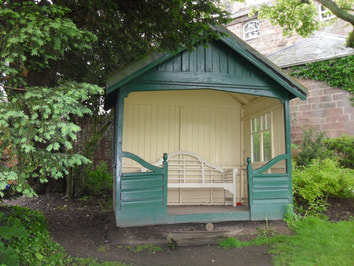 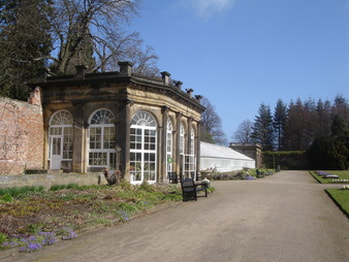 The Palm House at Ripley Castle was built for Sir Amcotts Ingilby in 1817. 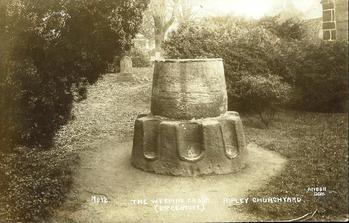 The cross may have been on the site when the Church of All Saints, Ripley and it was either built at the end of the 14th century or moved there at that time. It is thought to be have been made for penitents to kneel or put their bowed heads in the recesses. 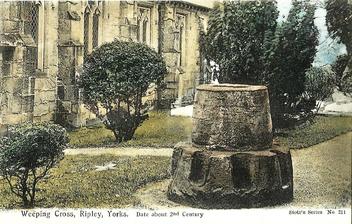