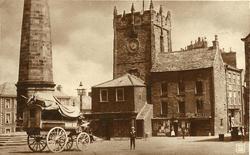 The obelisk was a replacement for the medieval market cross and has the inscription: Rebuilt A.D. 1771 Christopher Wayne Esq. Mayor.

Underneath the obelisk is a reservoir that fed various outlets in Richmond. 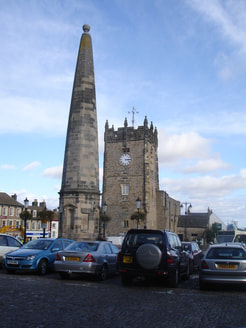 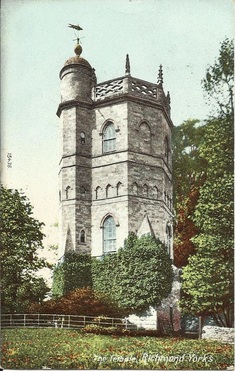 Culloden Tower was built by John Yorke in 1746 to commemorate the Battle of Culloden and the Duke of Cumberland. It was known as Cumberland's Temple.

It was probably designed by Daniel Garrett and it has similarities to the Gothick Temple at Aske, where he had been clerk of works.

It was  restored in 1981 by the Landmark Trust. 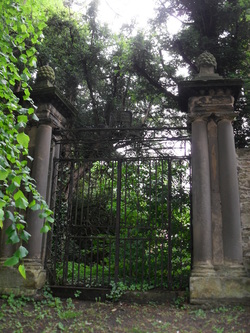 The mid 18th century wrought-iron gates have a coat of arms in the overthrow and are set within Ionic stone columns crowned with stone pineapples. The gateway is attributed to Daniel Garrett. 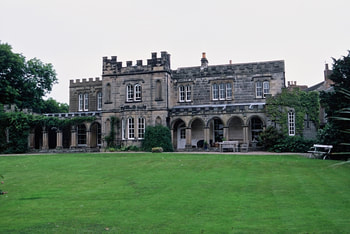 The Gothick building known as Temple Lodge was built in 1769 as a menagerie for John Yorke.

It was converted into a dwelling in 1844 when the Smurthwaite family purchased the estate. 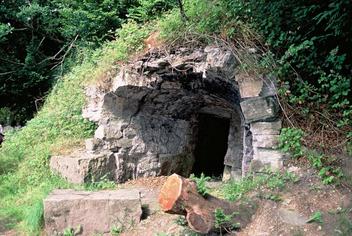 Attempts to mine copper in the 18th century were unsuccessful so the entrances to four mines were used as grottoes as part of the ferme ornee landscape. 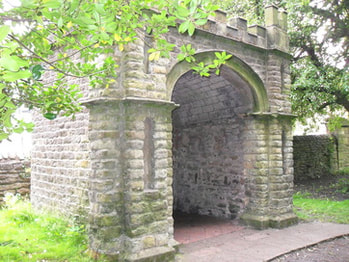 In the grounds of Greyfriars are two garden seats. 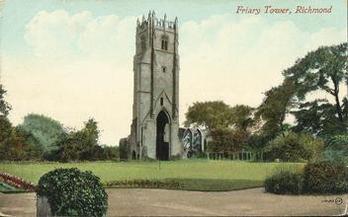 The Grey Friars Tower was built in the late 15th century as part of a new building that was to replace the 13th century monastery. Building work ceased by the Dissolution of the Monasteries between 1538 and 1541, around the time when John Leland was writing his Itineraries, where he said:
At the bake of Frenchgate is the Grey Freres, a littel without the walls. Their howes, medow and orchard and littel woode is walled in. Men go from the market place to hit, by a postern gate. There is a conducte 0f water at the chapel of St. Anthony. 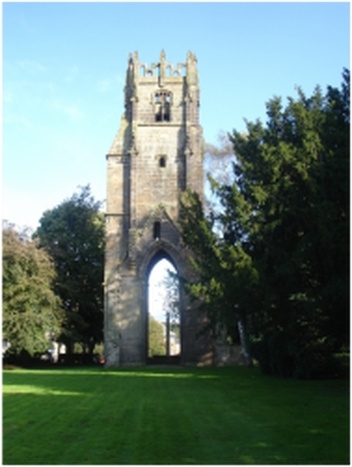 The tower is now an eyecatcher and focal-point. 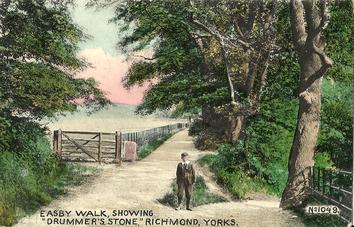 Legend has it that a drummer boy was sent down a   tunnel from Richmond Castle to see if would connect   with Easby Abbey. The soldiers followed the drum beat   until it ceased at Easby Wood. The drummer Boy was   never seen again and the Drummer Boy Stone marks the   place where the soldiers last heard the sound of   drumming. 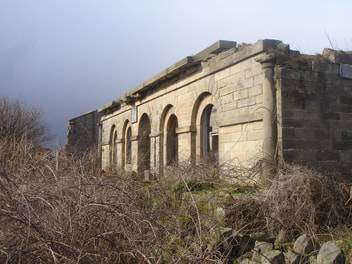 The Old Grandstand was designed by John Carr and was built by public subscription in about 1775, making it the earliest surviving stone-built public racecourse grandstand in the world. It has a Tuscan arcade and the flat roof had a balustraded parapet.

After the lead roof was stolen the building became unsafe, so in 1973 the Richmond Corporation had the upper floors demolished. The materials were left on the site because the land owners refused it to be removed across their land. 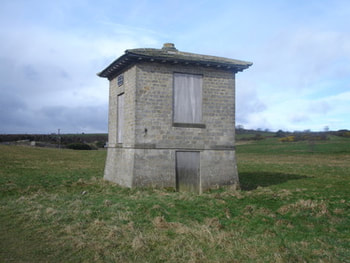 Near to the grandstand is the tiny two-storey Judge's Box. Each floor had a fireplace and sash windows and it has a bow window on the north side. 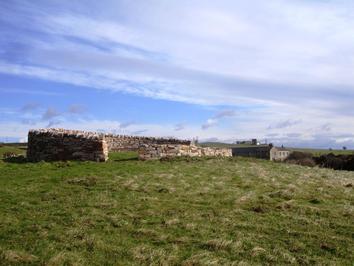