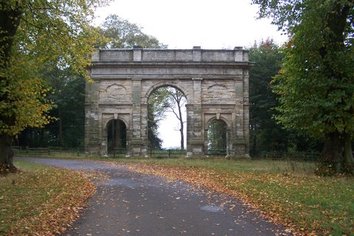 The arch was designed by Thomas Leverton for Sir Thomas Gascoigne in 1781 to show his approval of American independence. When the Prince of Wales visited Parlington in 1806 he read the inscription and turned back. 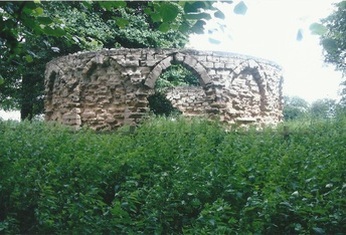 The Doncaster architect William Lindley (about 1729 - 1818) designed The Round House in about 1805 as a deer shelter in Parlington Park. There are four open Gothic arches and four blind arches. It had a thatched roof with a weather vane on the summit.

It was a Gothic picturesque feature in the landscape and surrounded by a ring of trees.

Part of the building collapsed in January 2010.