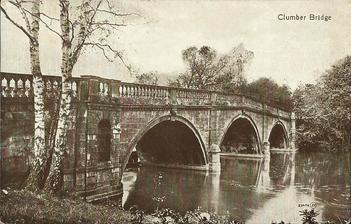 The Clumber Bridge was designed by Stephen Wright in      about 1770. 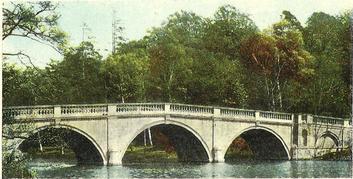 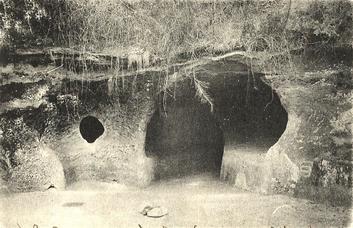 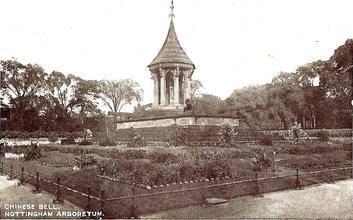 The bell tower in Nottingham Arboretum was designed   by Marriott Ogle Tarbotton in 1857 and is a replica of the   one looted by soldiers from a temple in Canton during   the Opium Wars. Two of the canons were captured at   Sebastopol during the Crimean War in 1854-55. The   other two are replicas.
​
The structure was damaged in 1956 when the bell was   removed to the regimental museum at Preston. 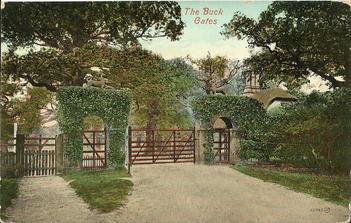 The Buck Gate was a pair of early 19th century   ornamental gate piers with life-sized lead figures of buck   deer. 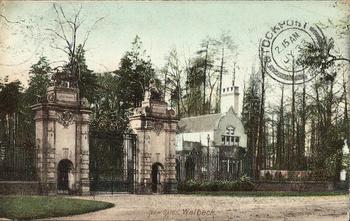 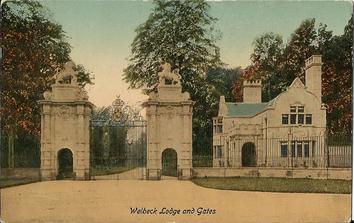 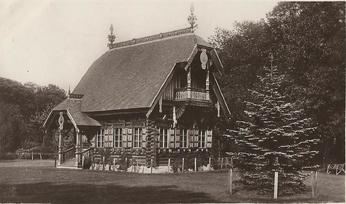 In 1884, a Russian Log Cottage, or 'dacha', was built for the 6th Duke of Portland as a shooting box. It was in part of Sherwood Forest known as Birklands.

It fell into disrepair and was demolished sometime after World War II. 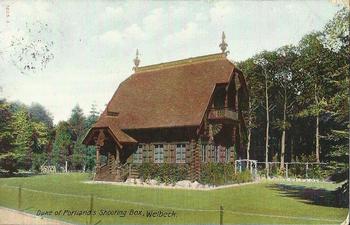 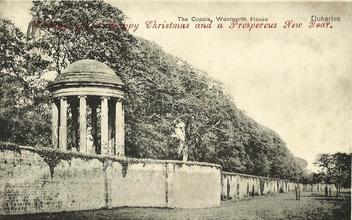 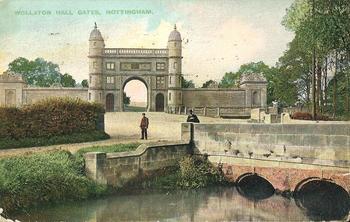 Lenton Lodge is the former gate lodge to Wollerton Hall   and was built in 1823-25. It was designed in the   Elizabethan Revival style by Sir Jeffrey Wyatvile for the   6th Lord Middleton. The gates were originally operated by   an underground mechanism.