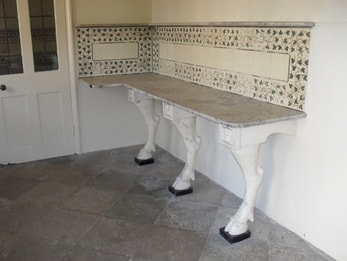 An ordinary estate building at Ham House has an extraordinary interior! The three legs of the marble slab are shaped like those of a cow. 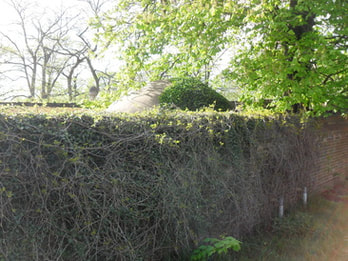 The ice house at Ham House was coated in concrete during the 2nd World War, when it was used as an air raid shelter. 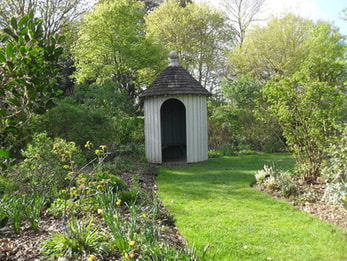 Two small summerhouses are in the wilderness garden at Ham House, which was restored in 1975. 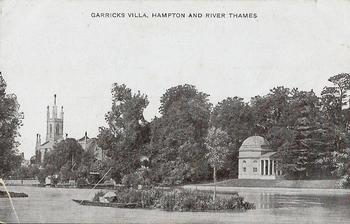 In 1755, Horace Walpole wrote 'Garrick is building a grateful temple to Shakespeare'. It was probably designed by Robert Adam and it has a statue of Shakespeare. Garrick's wife, Eva, was a protégé of Burlington, and the Garricks may have been influenced by Chiswick House where they had spent their honeymoon. 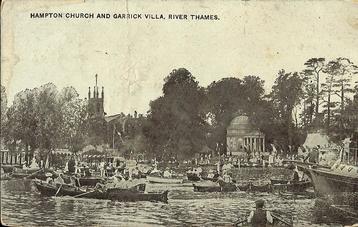 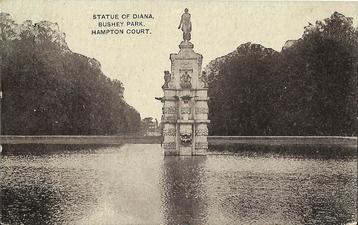 King Charles I commissioned a statue and fountain at   Somerset House for his wife, Henrietta Maria. It was   moved to the Privy Garden at Hampton Court by Oliver   Cromwell, and Sir Christopher Wren moved  it to a pond   he had designed at the end of Chestnut Avenue. 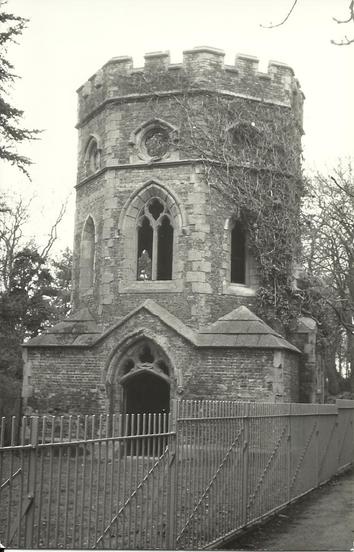 In the 1860s, the Rothschild family transformed a former clay pit into the Potomac Lake. A tile kiln was modified into a boathouse with a Gothic tower. 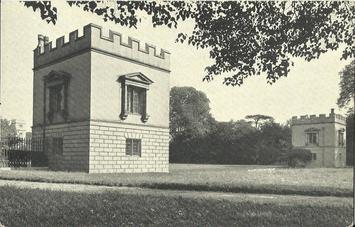 The two-storey ashlar lodges to Syon House were built in the early 17th century. 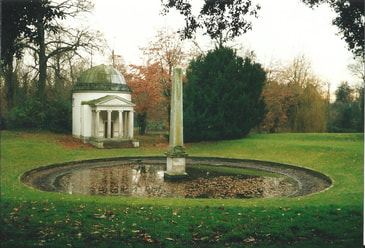 The 18th century circular domed temple at Chiswick   House has a tetrastyle portico and fluted columns. 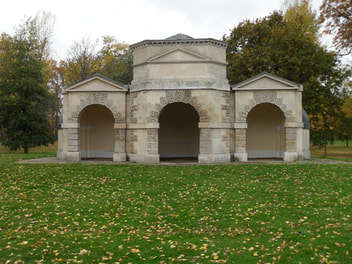 The present layout of Kensington Gardens can be attributed to Queen Caroline, the wife of George ll. The Classical-style summerhouse was built in about 1734 and is thought to have been designed by William Kent. 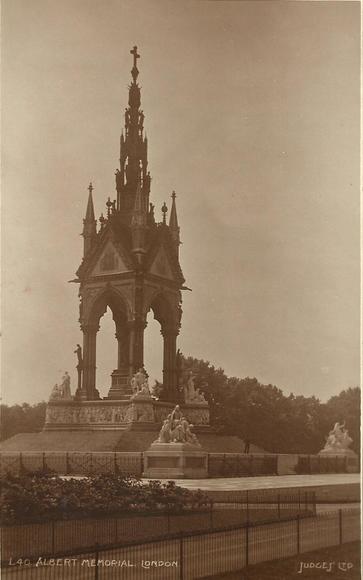