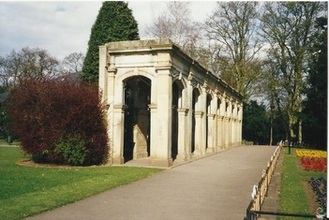 William Ferdinand Bolckow's residence was built in 1856, near to where James Cook was born at Marton. A glazed colonnade was added in the 1860s, which led to a hexagonal conservatory.

The estate was bought by Thomas J. Stewart in 1925 and he presented it to Middlesbrough as a park.

After the house had deteriorated, it was being demolished in 1960 when it caught fire.

All that remains today is the colonnade. 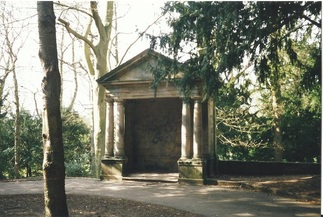 The Roman Doric Temple in Stewart Park was built in about 1860 in the grounds of Henry William Ferdinand Bolckow's mansion. 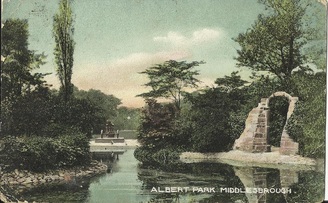 It was reported in the Middleton and Stockport Gazette of August 1868:

Upon the north side of the lake, we find an ancient-looking stone arch erected, in which some remains of the ancient church at Newport are introduced; as also suitable contribution by several gentlemen. It is intended that this and other arches shall be overgrown with ivy and various creepers. 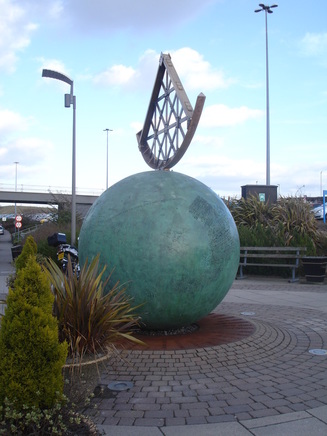 The globe is at the James Cook Hospital.

There is also a Captain Cook Memorial Globe at Canberra,   Australia, made of bronze, copper and enamel, which depicts   Cook's voyages.