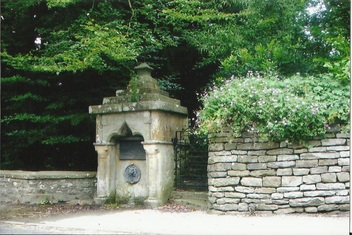 There was probably an earlier well that was later attributed to a Christian saint.

The well was built over in the 19th century using stone from the ruins of Rosedale Priory. The inscription refers to Cedd's foundation of a monastery at Lastingham in AD 648 and to his death in 664. St Cedd was Bishop of East Saxons and was granted land on which to found a monastery by King Ethelwold.

There is a lion's head spout with a tap above, which is now supplied by mains water. 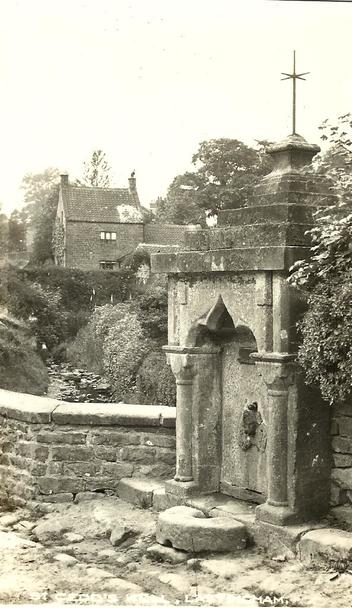 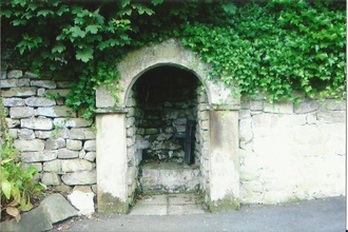 St Chad was the brother of Cedd and Cynebel who together were involved in founding the monastery at Lastingham. Chad later became Bishop of Lichfield, of York and of Lindisfarne.

The wellhead is probably 18th century over earlier origins. There is an iron pump over a trough. 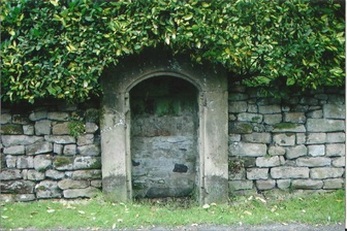 Although the wellhead is probably 18th century, it has earlier origins.

There is a legend told by Bede that St Ovin gave up his high postion in the household of Queen Ethelrid to join the monetary at Lastingham. He took with him an axe and hatchet with the intention of being a workman. (I'm sure he was a workman because he knew the difference between an axe and a hatchet!)