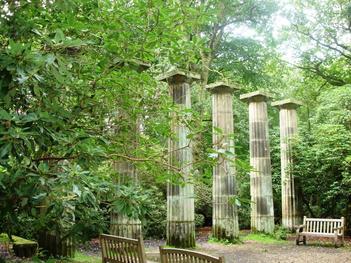 The Doric Columns at Harlow Carr Gardens were originally built in 1835 at the Spa Rooms in Harrogate. After being dismantled in 1939 they were intended to be used in a Grecian Temple at Harlow Carr but in 1964 were erected in their former design. 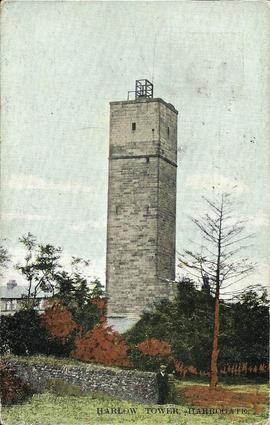 The 90 feet high Observatory on Harlow Hill was built by John Thompson in 1829. A telescope was not installed until 1933. It was used as a belvedere and in 1900 it cost 6d to visit. It was said that from it you could embrace: 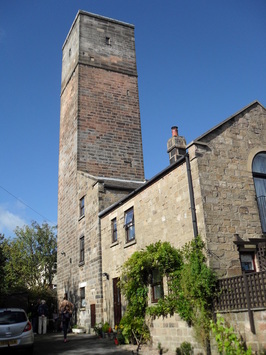 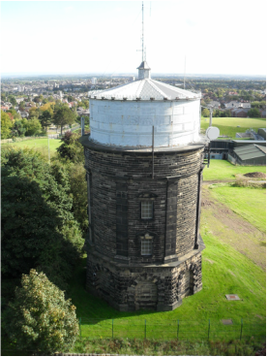 The decorative Harlow Hill Water Tower was built in 1902 by Harrogate Corporation waterworks engineer Edward Wilson Dixon. The round tower, which has Tuscan pilasters, rises from an octagonal podium with arched recesses. 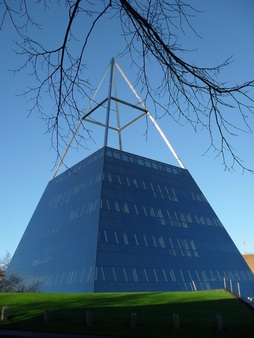 The inspiration for the pyramidal office block in Hornbeam Park was the Transamerica Pyramid in San Francisco. It was designed by Chris Bentley who hoped that it would rival The Angel of the North. 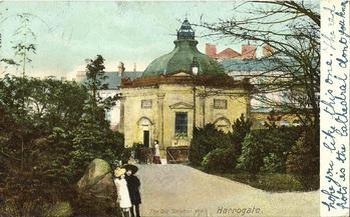 The Royal Pump Room at Harrogate was built over the Old Sulphur Well in about 1842, by Isaac T. Shutt.

The previous domed cover of 1807-8 was moved to Tewit Well. 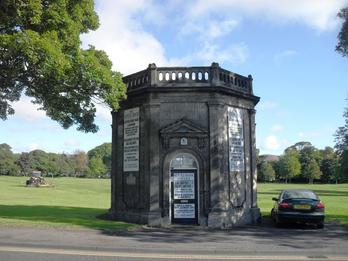 The original St John's well head of about 1786, was just a basin with a simple roof, and known as 'Sweet Spaw'.

The pavilion was built in about 1842, and has a free tap outside for people who couldn't afford to pay. 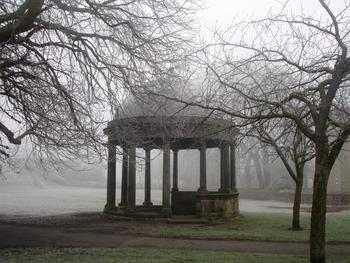 Tewit Well was Harrogate's earliest chalybeate spring to be discovered, by Mr William Slingsby in 1571.

The original well-cover was replaced by the present pavilion that came from the Royal Pump Room, when being rebuilt in about 1842. It had been erected there in 1807-8. The dome is now made of fibreglass.