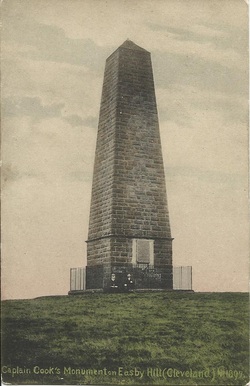 The 50 feet high obelisk was erected in 1827 by Robert Campion of Whitby to commemorate Captain Cook.

It was restored in 1895 by subscriptions from the readers of the North Eastern Daily Gazette. 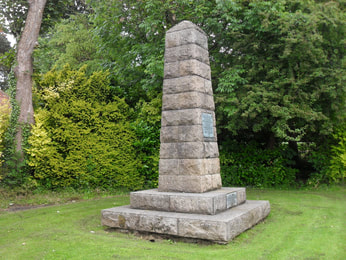 Captain James Cook was born in Marton-in-Cleveland in 1728 and went to Great Ayton when he was eight years old. The cottage where the Cook family lived was taken down in 1934 and re-erected in Fitzroy Gardens, Melbourne, Australia. 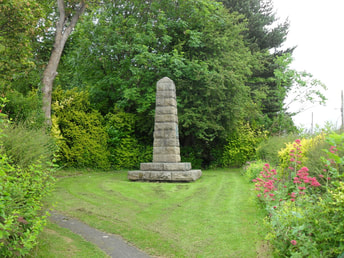 On the base it says:

'This monument is made of stones hew from the rocks of Cafe Everard close to point Hicks, Victoria, and is a facsimile of the Memorial erected there. It here marks the site of Captain Cook's cottage, removed to Melbourne in Victoria's centenary YEAR, 1934.
Presented by Russell Grimwade.' 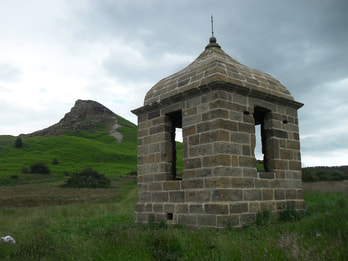 'This building was commissioned by Commodore Wilson   of Ayton Hall in the late 18th century as a shelter at lunch   time and inclement weather during shooting. It was   restored in 1983 with assistance from the North York   Moors National Park Committee'

When Captain Cook was overseas he corresponded with   Commodore Wilson. 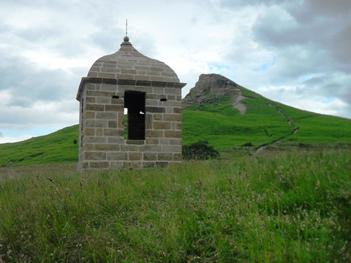