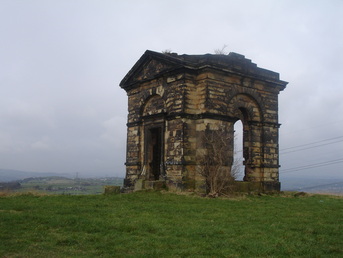 Black Dick's Temple is a summerhouse at Whitley Park and it was built for the Beaumont family in about 1760.

Sir Richard Beaumont, known as Black Dick, was born in 1574 and died in 1631, long before the Temple was built.

It is said that he was given the name 'Black Dick of the North' by King James I. Legend has it that he lost money gambling and was a highwayman but this seems unlikely.

He was Member of Parliament for Pontefract in the Useless Parliament of 1625. 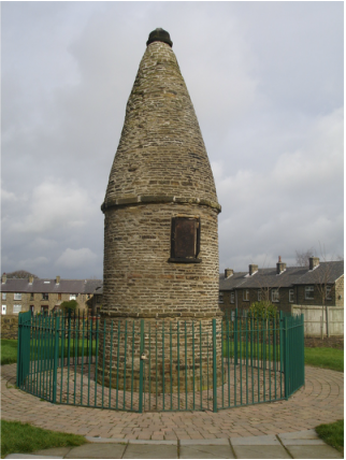 The inscription in stone says that the steeple was:

There are no clues as to why the original was built but perhaps it could have been seen from Whitley Hall and it looked like a church spire.

​For another Dumb Steeple see the one at Mirfield.