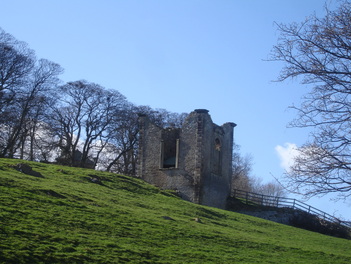 The Bell Park Pavilion, which was an elegant building with fine carving above the windows, has seen better days. It is one of several garden buildings erected for the Wharton family of Gillingwood Hall. 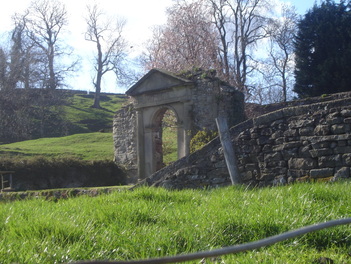 The early 18th century doorway built into a short length of wall was the entrance to Gillingwood Hall. At the back are signs of burning from the fire that destroyed the old hall in 1750. 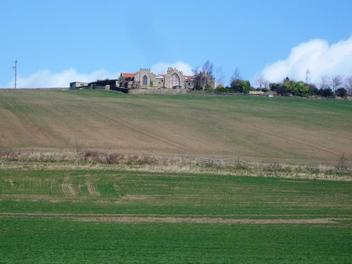 Blackhill Folly is an eyecatcher on the skyline facing Hartforth Hall. It was built in about 1800 as a fold yard for cattle. It was probably designed by John Foss, for the Cradock family of Hatforth Hall. 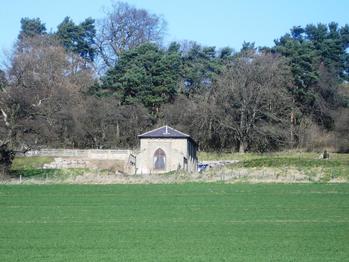 The hay barn on the hillside opposite Hartforth Hall entrance drive was probably built in the early 19th century for the Cradock family.

It has recently been developed. 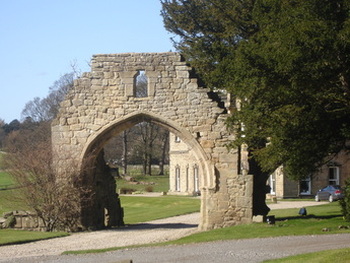 The Arch at Hartforth Hall is 15th century and appears to be a rebuild of a ruined gatehouse of a monastery or fortified manor house. 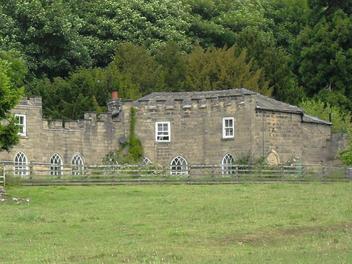 The orangery and fruit store that was built for Sedbury   Hall in about 1800 has now been converted into cottages. 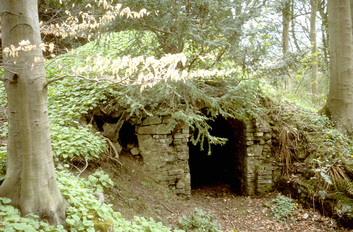 The icehouse at Sedbury Park, in Laurels Walk   Plantation, was made in the late 18th century. 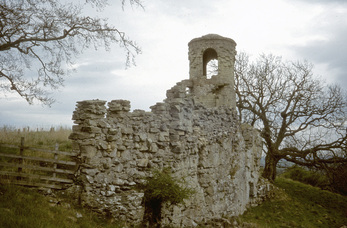 In 1795, a small watch tower was designed by John Foss of Richmond for Sir Robert D'Arcy Hildyard. On the lintel above a window is the inscription:   RDH 1797 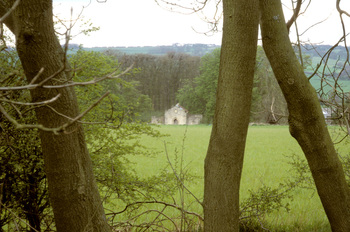 Below The Rock there is a barn with a castellated roof.