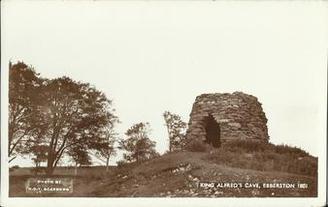 Charles Hotham-Thompson inherited the Ebberston estate in 1771 and being a military man would have liked the idea of an ancient battle and and had the memorial erected. 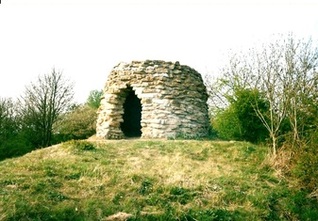 Aldfrith was King of Northumbria from 684 and his reign was the start of Northumbria's Golden Age with the creation of the Lindisfarne Gospels. Bede said that Aldfrith 'ably restored the shattered fortunes of the kingdom'. He is described by early writers such as Bede, Alcuin and Stephen of Ripon as a man of great learning. Apart from justifiable disputes with Bishop Wilfrid, he had a peaceful reign. He died at Driffield in either 704 or 705 after a long and painful illness.

Certainly he had no battle with his father, Oswy, who had died in 670. 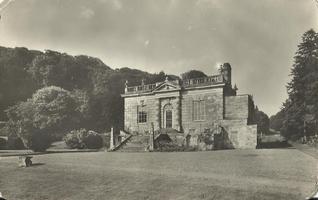 Ebberston Hall was designed by Colen Campbell in 1718 as a summer pavilion for William Thompson, MP for Scarborough.

The wings were demolished in the early 19th century and it is now a small country house. 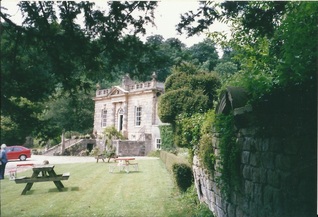 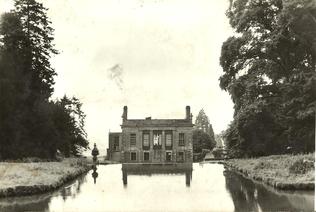 The house was the feature of a water-garden, of which there are still ponds at the rear. 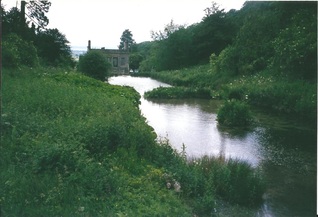