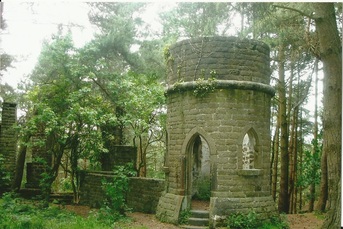 Benjamin Ferrand had the mock ruin built as an eyecatcher from his house, St Ives, across the valley. St Ives was designed by James Paine in 1759 but it has been demolished.

The tower and arch were built at different times but are in the style of Sanderson Miller. The Arch was built in 1794 and the tower in 1796, probably for picnicking. 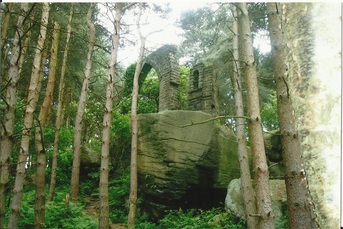 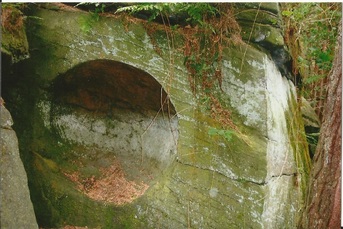 This strange hollow has been carved into a nearby rock. 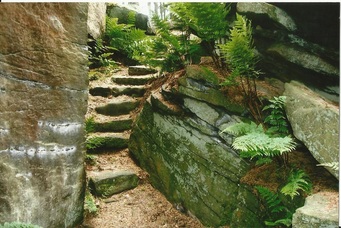 The rocky steps add to the sublime picturesque romanticism.