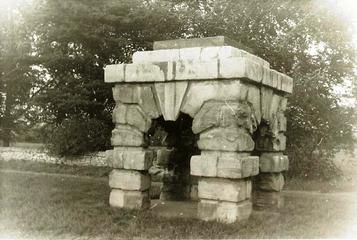 The original site of Robin Hood's Well is thought to have   been on the north side of the Skell Brook opposite where   the lodge gate cottage of Skelbroke Hall stood.

It marked the spot where the Bishop of Hereford was   said to have been forced to dance after being robbed by   Robin Hood.

A Monk Bretton Priory charter of 1422 refers to the   'stone of Robin Hood'. 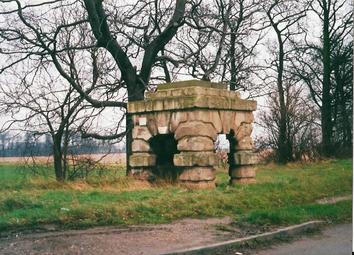 The ornamental well head was designed by John Vanbrugh in 1711 for the Earl of Carlisle.

It was moved to the end of a lay-by when the Great North Road was widened.