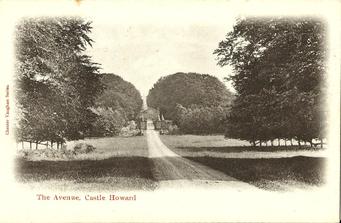 Carmire Gate does not appear to have been built when an estate map of 1727 was drawn but was probably designed by Nicholas Hawksmoor shortly afterwards. John Vanbrugh died in March 1726 and Hawksmoor may have been reflecting the architectural style of Vanbrugh's Pyramid Gate and fortifications.


Carmire Gate was mentioned by John Tracy Atkyn in 1732 in his Iter Boreale. 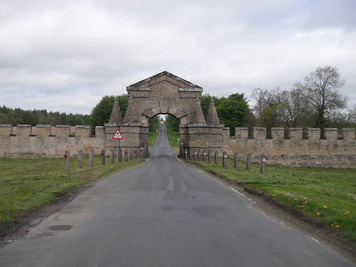 'When you come within a Mile of the house, you descend   a steep hill which gives you a View of the Park and of   several buildings, that are the same Nature with some of   Lord Cobham's Gardens, To much in the Vanbrugh Taste   Clumsy and heavy, the Entrance to the Avenue is a     Large Gate built of Stones and Work of the Rustic kind.'