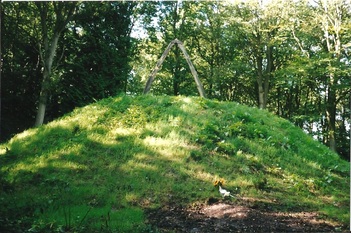 For other whale bone arches see: 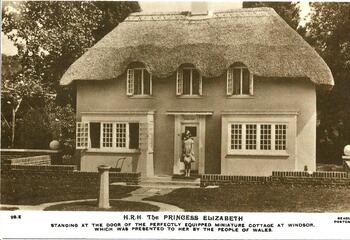 A two-thirds size miniature cottage designed by architect Edmund Willmott was given to Elizabeth Windsor by the people of Wales in March 1932, on her 6th birthday.

It has been refurbished by Beatrice of York. 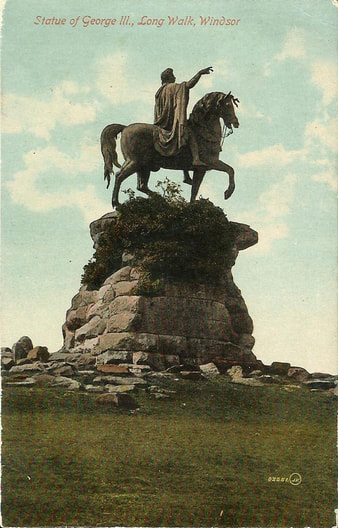 The Long Walk runs south from Windsor Castle to Snow Hill, where there is a statue of George III on horseback. He is depicted as a Roman Emperor riding without stirrups. It was commissioned by George IV and bears the ironic inscription in Latin: the best of fathers. The two Georges hated one another.